It is believed the rhinos were killed during the full moon, known as the poachers moon. 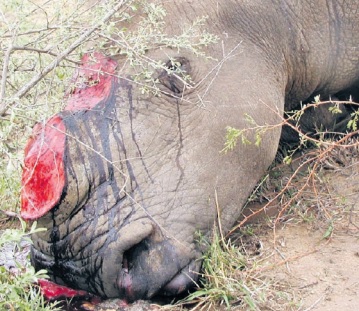 May has been a black month for rhinos so far, with the rhino death toll hitting an all-time high of nine deaths in one week, Zululand Observer reports.

Fresh rhino carcasses were found in the Hluhluwe-iMfolozi Park.

On Saturday morning, EKZNW spokesman Musa Mntambo confirmed that eight rhinos had been killed in the iMfolozi Game Reserve and one in the Hluhluwe Game Reserve. All horns had been removed. The animals are believed to have been killed during the full moon known as the “poachers moon.”

READ MORE: Is government being honest about how rhinos are dying?

There is still a blackout on information around the poaching of rhinos and this is obviously playing into the hands of the poachers, as the public believes the crisis has been resolved, and provincial funding is drying up as budgets are cut.

According to Ezemvelo, 89 rhino have been poached in KZN so far this year, compared to 55 at this time last year.

Is government being honest about how rhinos are dying?