It is believed the heavy rain may have played a part in washing the crocodiles downstream and into inhabited areas. 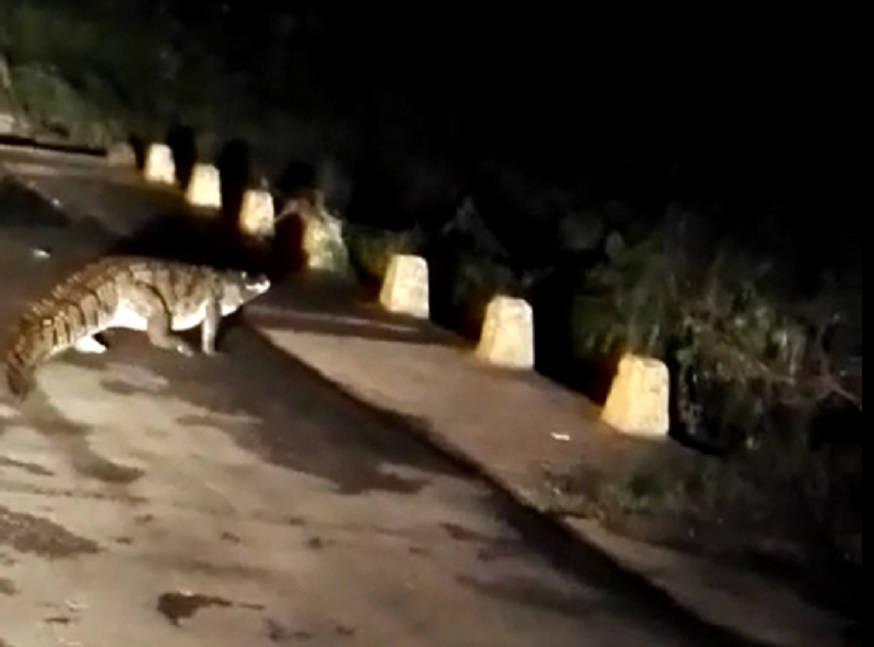 A large crocodile of about two metres in length has been spotted in Mandeni, KwaZulu-Natal.

According to Business Against Crime’s Steve Fox, the crocodile was seen on Tuesday just after 8pm on the low-lying bridge on Sandpiper Road, North Coast Courier reported.

“The concern for us is that this is right in the middle of town and children often cross the river near here,” said Fox.

Fox told The Courier he had been in contact with KZN Wildlife and that traps have been put out in order to catch the crocodile.

When caught it will be relocated to an area where it will not pose such a risk to human life.

“This is the third time this year I have had to deal with a crocodile sighted in and around Mandeni.

“This is unusual because I have lived here for more than ten years and never before have I seen crocodiles here.”

Fox said he believes the heavy rain may have played a part in washing the crocodiles downstream and into inhabited areas.

Meanwhile, another crocodile has been seen recently in the Tongati River in Tongaat.

Westbrook resident Peter Coyn told The Courier that he had seen the big reptile as early as last week right by the bridge near the rivermouth.

“He has been seen basking in the sun on one of the little islands in the lagoon by several people,” said Coyn.

People are urged to be on the lookout for these animals and to be extremely cautious near the rivers, as crocodiles are ambush hunters and are a lot harder to spot in the water than one would think.

As Fox said: “This is Africa we are living in, people tend to forget that sometimes.”