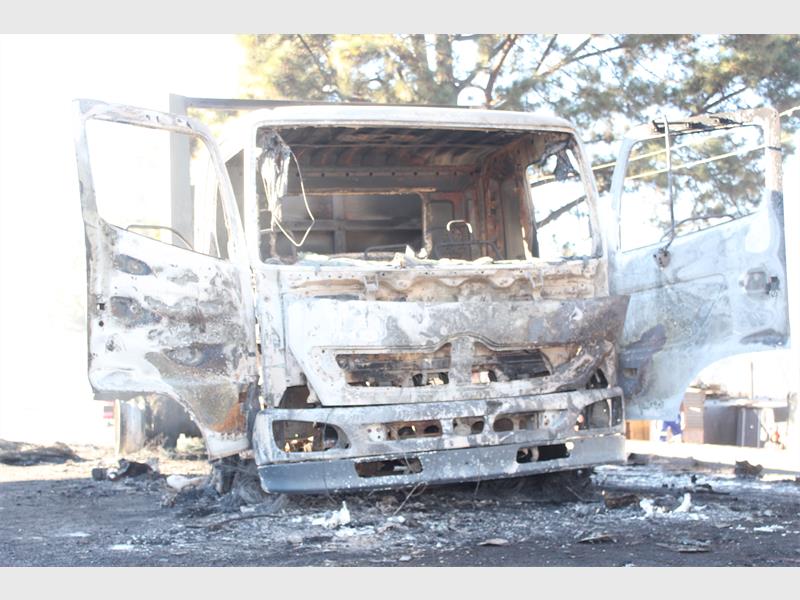 A truck delivering oil was looted and then burned. Photo: Sonwabile Antonie

Princess residents on the West Rand have warned that more trains and trucks will be torched and vehicles will be hijacked if their demands are not met by sundown today, Roodepoort Record reports.

This comes after residents of the informal settlement caused havoc last night, burning two trucks and torching a business establishment.

Issues in the informal settlement started last night at about 9.30pm. Residents of Princess started rioting because the housing units the Gauteng Housing MEC, Paul Mashatile, had promised would be allocated are still standing empty.

Two months on, the residents have grown tired of waiting and are at their wits’ end.

They thus decided to take matters into their own hands.The residents blocked Albertina Sisulu Road with burning tyres and big rocks. A truck loaded with boxes of cooking oil travelling from Roodepoort towards Krugersdorp along this road was stoned. 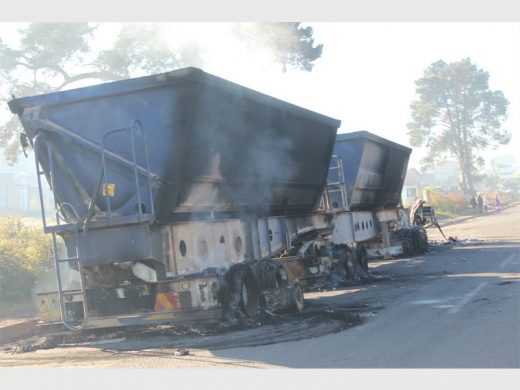 The second truck that was burned during the rioting. Photo: Sonwabile Antonie

The driver ran away while the residents looted the truck, then drove it closer to the informal settlement and set it alight. The diesel tank exploded, burning the rest of the truck.

Meanwhile, a double tipper truck, which was travelling in the opposite direction, stopped opposite the informal settlement because the road was blocked. The driver could not perform a U-turn as the road is too narrow for the truck to turn. 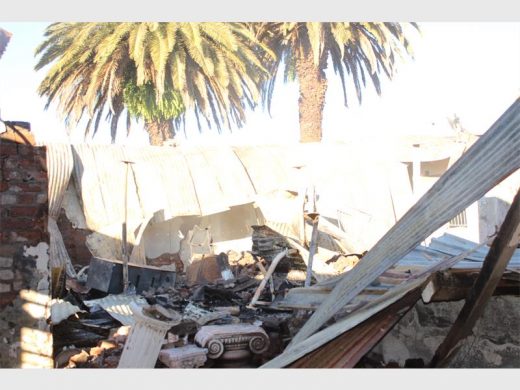 Residents once again stoned the truck and the driver ran away. This truck was also set alight.

The residents then moved on to the premises of WAD Auctioneers, where they broke down the gates, looted the shop, and then set the building alight. One of the leaders of the protests, who wanted to remain anonymous, said the DA and Mashatile do not want to approve the deal to commence Phase 2 of the unit building project.

“We are still waiting for people to be allocated to the Phase 1 units. The people are suffering during this nasty winter while there are rooms unoccupied. There is a stream running through the informal settlement which brings more cold temperatures,” he said. 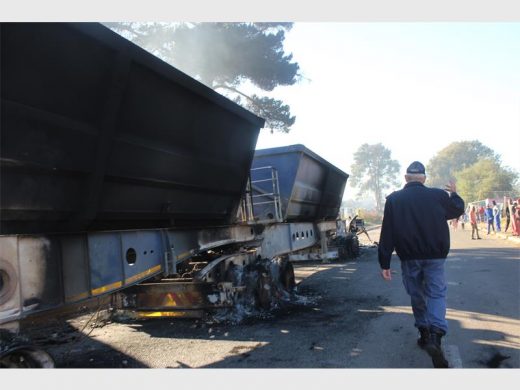 A colonel from the Roodepoort Police walking past the burnt out truck, on his way to speak to a group of angry residents. Photo: Sonwabile Antonie

The residents have demanded that Mashatile and Joburg Mayor Herman Mashaba meet with them.

Albertina Sisulu Road, where it runs past the Princess informal settlement, has been closed off since this morning. People travelling towards the area are warned to use alternative routes.