The suspects were arrested following a tip-off and were caught while they were still loading flatscreen TVs on to the back of a truck, 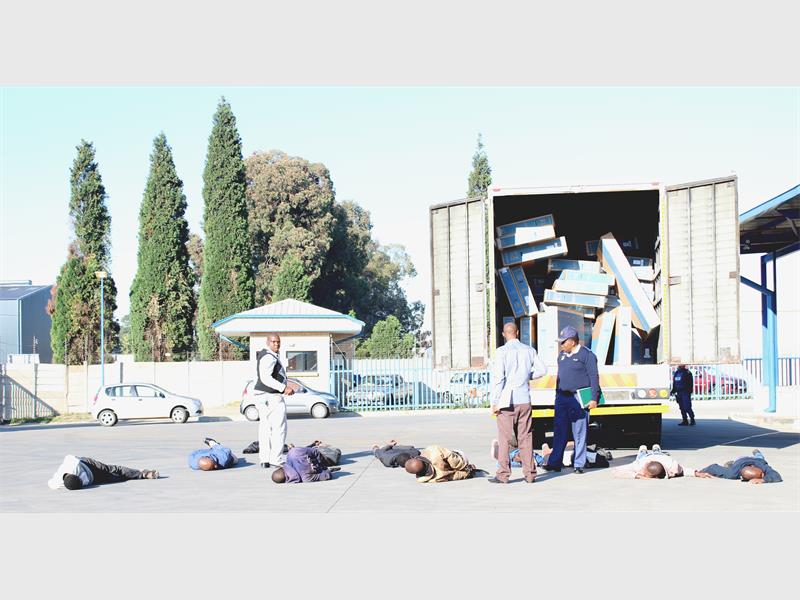 A tip-off helped police to bust 10 suspects in Isando.

A tip-off has led police to arrest of 10 men during a business robbery in Isando, near Kempton Park, this morning.

The police reacted swiftly to an anonymous call to catch three of the men at the gate while their accomplices were still loading flatscreen TVs to the back of a truck, Kempton Express reported.

A bakkie that had already been loaded sped off, leaving the other suspects stranded on the premises of the Monteer Street warehouse for the police to disarm them and make the arrest.

Kempton Park police spokesperson Captain Jethro Mtshali said: “This industrial area has been victim to numerous business robberies the past couple of months, so we are happy and proud of the swift response by the patrolling officers who arrived at the scene immediately to arrest the suspects while they were in action.”