The robbers skipped a red robot and collided with other cars. 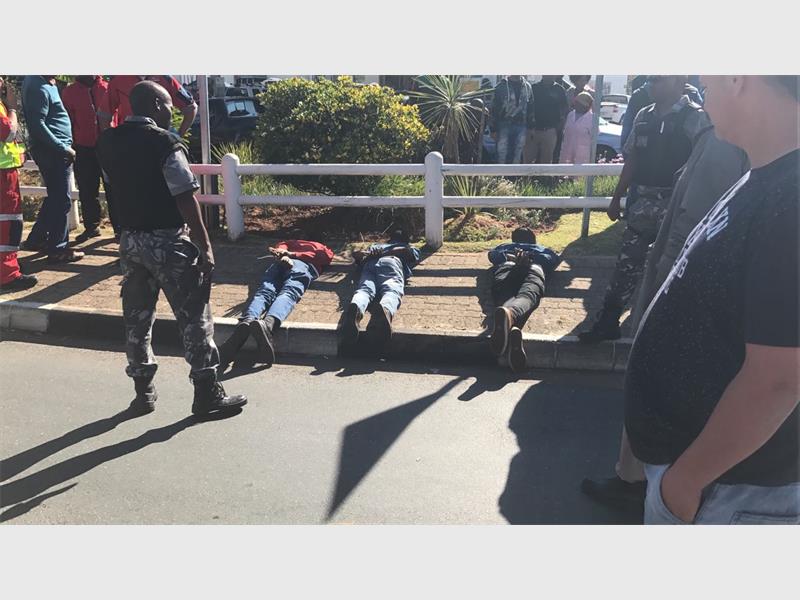 These three suspects were apprehended after a high-speed chase

Three housebreaking suspects were arrested after they tried to flee but crashed their vehicle into two other vehicles on the West Rand, Roodepoort Record reports.

At about 9.45am (May 23) an Apcan Security officer patrolling in the Ou Pad saw three males at the corner of Church Street hurriedly getting into a vehicle. 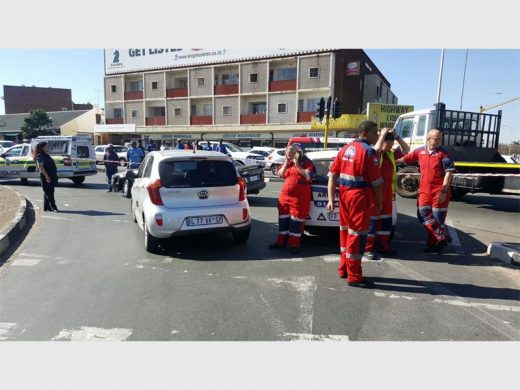 A part of the road was cordoned off.

One of the civilian’s vehicle that was collided with.

Realising they had committed a crime, he attempted to apprehend them, but they fled, and a high-speed chase ensued.

At the intersection of Ontdekkers and Gordon roads the suspects skipped a red robot and collided with two other vehicles. The three suspects were arrested by Apcan Security before being handed over to Florida police.