It will be something of a bittersweet moment when Jaco van Zyl, right, tees off for the first round of the Telkom Business PGA Championship at Country Club Johannesburg tomorrow. 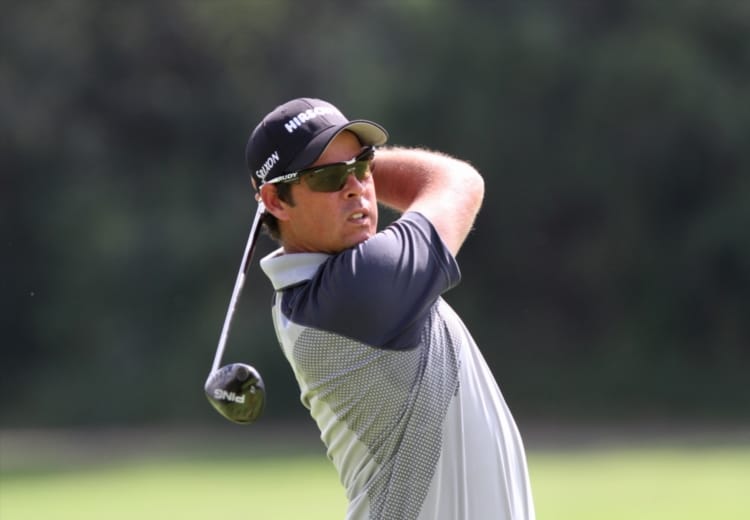 It’s a tournament that Van Zyl has fond memories of, having first won here in 2009 and then taking a one shot victory over Dylan Frittelli last year. But this year’s renewal also means that an indefinite break from the sport is looming.

Knee problems have plagued Van Zyl in recent times and it now means that he will have to go under the knife after this weekend’s event, which will put him out of action till later this year or even until 2015.

“Definitely. It’s a new week and this is a year later,” Van Zyl said yesterday when quizzed on whether he was happy to be back at the scene of his success

“It’s all preparations, but I’m looking forward to it. The course is playing a bit wet, so it will be longer than normal,” he added.

“The only downside for me is that the course is a bit longer. The upside is that the rough will be up and you need to hit it a bit straighter.”

Van Zyl admitted that he will adopt a relatively relaxed approach for the rest of the week as he looks to make the most of his final few rounds of tournament golf.

“I’ll treat it the same as the Investec Cup. I just really enjoy it and enjoy the last little bit of time I have out here before the operation,” he said, before adding that winning for a third time here would be something special.

“It would be great. It’s another week, so you try to take it shot for shot – but it would be nice to get number three.”

Van Zyl faces a long road to get back to full fitness after his surgery, and while he admits that he hasn’t given it too much thought just yet he will take the time needed to recuperate before working his way back.

“They said I have six weeks or two months in a wheelchair. I’ll try to get through that and then get a bit more mobile. After that I can start with physio and hopefully it will improve,” Van Zyl said.