In case you missed it, here are the key quotes from Julius Malema's exclusive interview with Touch HD. 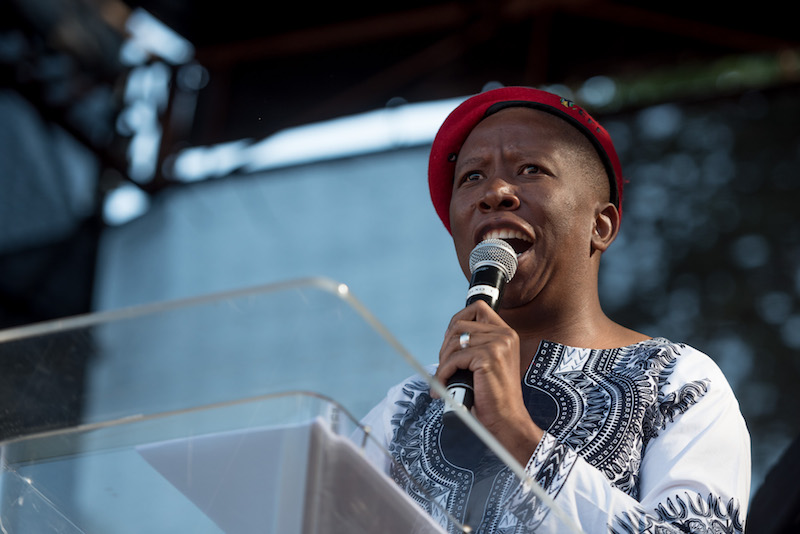 EFF leader Julius Malema was on Tbo Touch’s online station on Wednesday to talk about a number of issues, including his family, land and the ANC. We have put together five key quotes from the interview on Touch HD.

“Any party not speaking about land in 2019 is irrelevant. Land has become a fashionable topic. If negotiation fails then land grabs would be the only way.”

The EFF and its members have always been vocal about their mission to get land. Malema says his stance on land is not just a crazy campaign but one that seeks to return land to the “rightful owners”.

When asked if he was in the #GuptaLeaks, he said his name was not in any of the emails and the emails were authentic, which could be seen in the fact that President Jacob Zuma was not taking the media to court despite all his denials.

“If Nkosazana Dlamini-Zuma becomes president, one of the most difficult things she will have to do will be to lock up the father of her children.”

Many have asked for President Jacob Zuma to step down following the shock cabinet reshuffle in March that saw then finance minister Pravin Gordhan and his then deputy Mcebisi Jonas sacked.

The Nelson Mandela Foundation also recently called for the president to step down. Malema said if Zuma was of “good conscience” he would stay put after resigning and “not flee the country”. Malema told Tbo Touch that if Zuma’s former wife, Nkosazana Dlamini-Zuma, were to become the president of the country, the implication would be that she would have to send Zuma to jail if she is committed to anti-corruption. Even if it wasn’t something she wanted to do, the courts would eventually find against Zuma and he would have to be sent to jail whether she liked it or not.

“The ANC made a mistake rejecting Fikile Mbalula as SG.”

On his friendship with Minister of Police Fikile Mbalula, Malema also congratulated his now former friend on the great job that he is doing in fighting crime in the country. He went to say that at this point, he cannot say that he and Mbalula are friends because that might jeopardise the minister’s career in the ANC.