Health practitioners say the most important thing one must know is that once you start ART, there is no turning back. 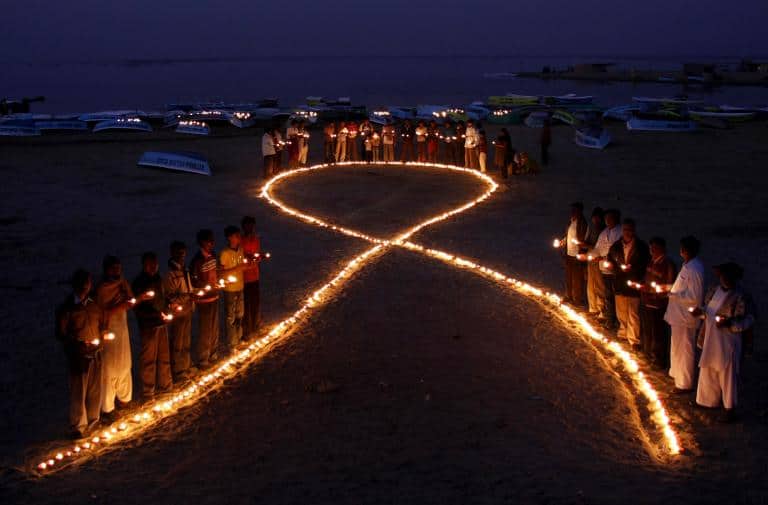 More than 39 million people have died from HIV-AIDS since the virus was first discovered in 1981. PHOTO: AFP.

On the eve of South Africa’s national AIDS conference taking place in Durban this week, it has emerged that people are defaulting on their ARVs – often under the impression that they have been healed.

Healthcare workers have discovered that HIV patients on treatment sometimes stop taking their medication in the mistaken belief that they have been healed, despite knowing the disease is
incurable, and thus posing a renewed risk to others.

According to health workers Health-e News spoke to, the issue relates to the “undetectable viral load” diagnosis patients receive when their antiretroviral therapy starts working and causes the amount of virus in their blood to drop to an extremely low level.

People who are informed of the “undetectable viral load” result when they go for testing are quick to jump to the wrong conclusion that the virus is no longer in their blood, that they are therefore no longer sick and no longer have need for treatment – and then default on their treatment.

A recent snap survey carried out by Health-e News in a rural community in Mpumalanga found that when asked what the words “undetectable virus load” meant, all the respondents said it
meant they no longer have HIV.

Ben (not their real name), a patient from the City of Mbombela, had blood taken for his CD4 count to be measured. When the results came back with an undetectable viral load, he assumed he was no longer infected and stopped taking his antiretroviral treatment.

“At first things were fine. And then I started drinking again, smoking and having sex without condom. Even though my partner told me that it was impossible for me to be HIV negative and I
should have asked more questions, I ignored her because I thought she was jealous that my virus is gone,” he said.

“After months of not taking treatment, and with my bad behaviour, things went from good to bad. I became seriously ill. When I returned to the clinic I was told that I should have not
stopped taking my treatment. I was ill because I defaulted.”

According to nursing sister Dumisile Shabangu, when a patient has an undetectable viral load, it does not mean the HIV virus is no longer inside their body. It just means that their medication is working and that the amount of virus particles in their blood has dropped so low that they cannot be counted, and they are said to have an “undetectable viral load”.

Amanda (not her real name) also made the hasty decision to stop taking her ARTs.

“English is not my mother tongue, and sometimes the explanations we get from nurses are not clear. I remember when I was told about my undetectable viral load, I asked the right questions
to find out what this meant. A nurse said to me: ‘The virus is not detected in your body, and you will not infect another person with the HIV virus.’ And so I stopped taking my treatment and
defaulted.

“Then I got sick and lost so much weight, and I was embarrassed to go to the clinic, so I began using traditional medicine until my family advised to go back to the clinic before things
get any worse,” she said.

Lay counsellor Zodwa Mbokani said many people stopped taking their treatment when they were told they had an undetectable viral load.

“My advice to all people living with HIV and who are on treatment is to always ask questions and never, ever decide to stop taking medication without your nurse and lay counsellor knowing.
The most important thing you must know is that once you start ART, there is no turning back,” Mbokani said.

Another HIV positive patient added: “Even though we are fully aware that there is no cure for HIV, we feel a decision to stop treatment is rational because we have been praying to live life without the HIV virus. So when we hear the words ‘undetectable viral load’, we feel a rush of emotions and forget to ask the important questions about what exactly it all means.”

Healthcare workers believe this situation is all too common because of a lack of information about HIV, as well as how treatment works, claiming that defaulting on ARTs was the biggest
challenge for people living with the virus.