According to reports, no one was injured. The extensive damage caused to the Ferrari. Photo: Facebook

A collision in Sandton, Johannesburg, on Saturday caused a stir on social media when a Ferrari 488 Spider and a Mazda CX3 came to a sticky end, reports the Sandton Chronicle. 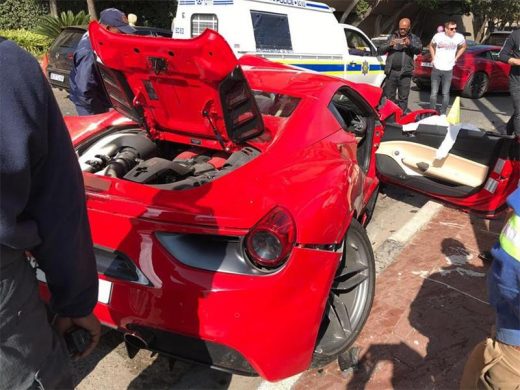 The aftermath of the crash.

According to reports, no one was injured. A video depicting the incident just seconds before the impact has emerged on social media.