He said delegates should use the policy conference to come up with solutions to regain lost ground. 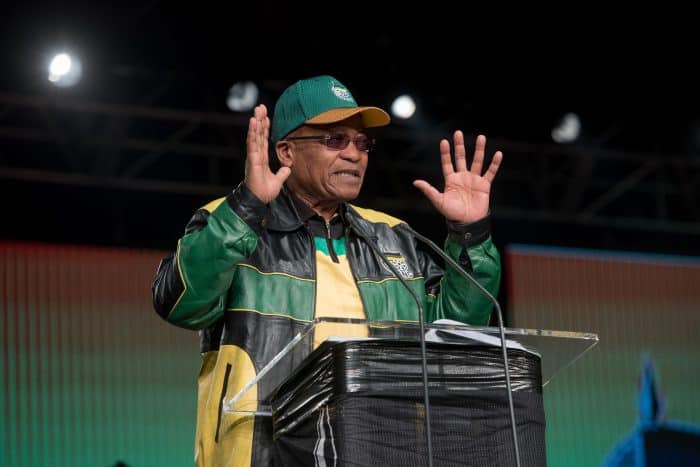 President Jacob Zuma says the ANC’s soft approach on corruption and the arrogance of the party cost it dearly at last year’s local government elections.

In his opening address at the party’s fifth national policy conference, Zuma told delegates that these perceptions, shared by society in the aftermath of the ANC’s massive loss, proved to be true based on research findings conducted by its national executive committee.

Zuma said the dissatisfaction in the ANC also presented itself in the form of violent protests where the ANC had been accused of failing to listen and deliver basic services.

He said delegates should use the policy conference over the next five days to do some critical introspection and come up with solutions to regain lost ground.

“This conference must diagnose the real problems that led to the decline in electoral support, and propose effective remedial action. We must not be emotional in our discussions about what caused our electoral loss.

“We must be open-minded and use the facts before us combined with our revolutionary theory as the framework for analysis and interpretation,” Zuma said.

The party managed to cobble together a coalition to retain control of Ekurhuleni.

The ANC also lost Mogale City but regained it last week after one member from the opposition voting bloc cast their ballot with the ANC following a motion of no confidence in the then mayor Michael Holenstein.

Though Zuma said this was good news for the party, he said special attention should be paid to organisational renewal in order to win back the confidence of its supporters.

He said delegates needed to come up with solutions to questions around why communities felt the only way to communicate with the ANC government in local governments was through violent service delivery protests.

Zuma said the ANC’s alliance partners were still vital to the movement and that strained relations needed to be repaired in the process of renewing the organisation.

Divisions in the ANC have seen both Cosatu and the SACP turning their backs on Zuma, accusing him of handing over the governance of the state to the Gupta family.

The alliance partners are supporting ANC deputy president Cyril Ramaphosa to take over the party’s leadership from Zuma at the party’s elective national conference in December.

Despite this, Zuma believes the unity of the alliance is paramount and needs to be prioritised.

“The Alliance was formed out of struggle and out of a shared vision as articulated in the Freedom Charter. It is based on the understanding that each Alliance component enjoys political independence from others … The unity of the Alliance is sacrosanct and must be protected at all times. It must not be undermined by sectarian agendas and personal hatred,” he said.

ANC leaders urged delegates to put the unity of the organisation first ahead of individual self-interests, fearing that another split ahead of the national conference could mark the end of the liberation movement.

16 days of activism: It’s now sisters in arms in a fight against GBV
21 mins ago
21 mins ago

16 days of activism: It’s now sisters in arms in a fight against GBV
21 mins ago
21 mins ago