The virus affects the respiratory and gastrointestinal tracts of affected birds, can spread rapidly and causes high mortality in infected poultry. 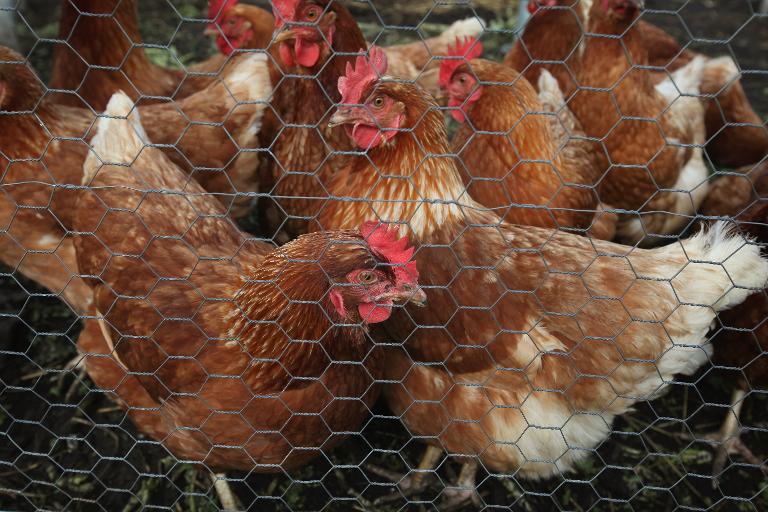 FILE PICTURE: Chickens walk around in their pen. Picture: AFP.

The current outbreak of the H5N8 virus in South Africa has necessitated the culling of poultry but the National Council of SPCAs (NSPCA) has reiterated its gravest concerns regarding culling methods.

In a statement released recently, the NSPCA said it had been raising the matter of the humane culling of diseased birds with both government and the South African Poultry Association (SAPA) since mid-2016, the Randfontein Herald reported.

“Our concerns, together with a request for a humane system to be agreed upon and tested, have fallen on deaf ears,” said Marcelle Meredith, Chief Executive Officer for the NSPCA.

Meredith continued, saying, “On 22 June 2017, the NSPCA was approached by Astral, who alerted us to a confirmed outbreak on one of their farms in Villiers and requested that we assist them to humanely cull their affected birds.

“NSPCA inspectors and personnel from various SPCAs assisted in the humane culling of approximately 22 000 birds to prevent further suffering. We salute Astral for their approach and their forward thinking. Astral has now implemented a system which will speed up the procedure of humane culling.

“The virus affects the respiratory and gastrointestinal tracts of affected birds, can spread rapidly and causes high mortality in infected poultry.”

“A system called ‘ventilation shutdown’, which kills birds by shutting down ventilation and increasing the air temperature has been utilised by an affected farm. This method essentially involves baking the birds to death over a period of time. There is no doubt that this would have caused substantial suffering and distress for between 6 and 8 hours. The NSPCA is considering its legal options.

“Of the ten methods prescribed for the mass slaughter of poultry in the case of disease outbreaks, this method is not one. The Department of Agriculture, Forestry and Fisheries (DAFF) and the South African Poultry Association (SAPA) are aware of this.

“Animals are not commodities but sentient beings. If they are to be utilised for financial gain, every eventuality should be handled with the welfare of the birds being a priority. Birds which have been affected have already suffered the debilitating effects of the virus and have been caused further suffering through a cruel culling practice.

“We are concerned that although the DAFF was aware that Zimbabwe has been affected by the H5N8 virus since early June 2017, humane contingency plans were not set in place to deal with a potential epidemic in the event that the virus reached South Africa. Government should have been alert and ready for this outbreak.”