The group said it owns all the Mediclinic trade marks in SA and internationally. 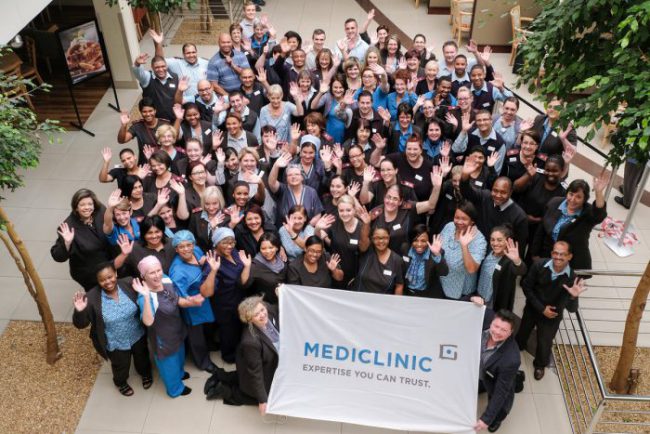 The Mediclinic group has obtained an interdict to stop a business rival from using the name for their clinics in Johannesburg.

The High Court in Pretoria granted an order interdicting the Medclinic 24/7 Maternity Home and its directors from infringing Mediclinic’s registered trademarks and logos and using the name Medclinic or any other mark so similar as to cause confusion in relation to their medical services.

The clinic and its directors, Mbongeni Moyo and Sandra Phiri, were also ordered to remove the infringing Medclinic mark from all of its material.

A possible damages claim or a claim for royalties by Mediclinic was postponed for investigation. Mediclinic chief legal officer Clara Findlay said in court papers that Mediclinic Group Services (Pty), an international private healthcare group founded in South Africa in 1983, owned all the Mediclinic trade marks in SA and internationally.

The group operated 49 acute care private hospitals and twoday clinics in SA and had hospitals and clinics in Namibia, Switzerland and the United Arab Emirates and held an interest in the UK’s leading hospital group.

She said the group had used its Mediclinic trade marks for over 33 years and had acquired a considerable reputation in SA, with Brand Finance putting the Mediclinic brand’s value at R9.6 billion.

She said Medclinic and its directors appeared to be running several clinics in Johannesburg using a trade mark deceptively similar to Mediclinic’s trade marks and even copied text from Mediclinic’s website in an attempt to imitate the brand.

Findlay said several cease and desist letters were delivered to various addresses connected to Medclinic, but they had not responded.

The only address that Mediclinic’s private investigators could trace to any of the persons linked to it was Moyo’s place of employment in the labour ward of Jabulani Hospital, where the sheriff in June last year served the cease and desist letter on him. – ilsedl@citizen.co.za