After five days, the ANC admits it must be a ‘better opposition’

ANC NPC: Nine out of 11 commissions also agreed monopoly capital should not be characterised as only 'white'. 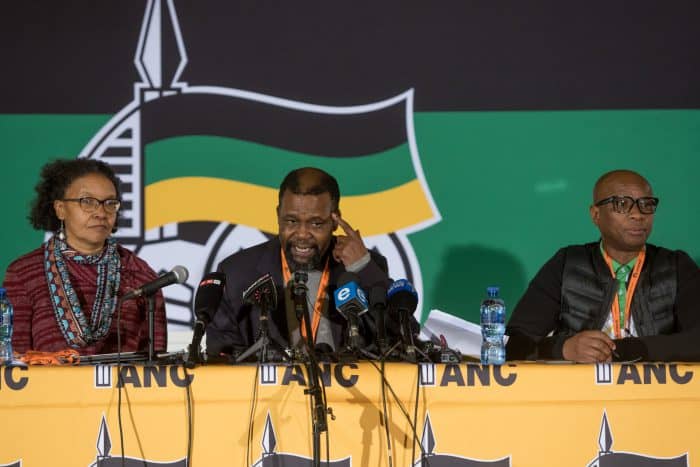 The ANC has been forced to broaden its strategy on governance following the stark reality that its dwindling popularity has forced it out of direct power to the backbenches of councils.

Delegates to the party’s fifth policy conference in the south of Johannesburg recommended that in addition to preparing and beefing up its governing strategies, it should also capacitate its members on how to be an effective opposition where it has lost power, and also prepare strategies on dealing with potential coalitions.

Giving feedback after the fifth and final day of the policy conference, the ANC’s Phoebe Potgieter-Gqubule said discussions in commissions on the party’s organisational renewal said delegates wanted secretaries to their provincial and regional structures to take firmer action on deployed party members accused of corruption.

These secretaries will be held personally accountable should no action be taken where sanctions are warranted against ANC members.

Another proposal by delegates is for the amendment of the ANC’s constitution that will see its integrity commission being given independent powers to take action against party leaders caught in acts of fraud and corruption.

ANC national executive committee leader Joel Netshitenzhe told journalists there was an urgent need to reform the party and it was not to late for the liberation movement to self-correct.

He said nine out of 11 commissions agreed that monopoly capital should not be characterised as “white” and that, instead, it should be viewed as a “global phenomenon”.

He said there was an intense discussion among delegates on the relationship with capital and that, where it works – in terms of creating jobs, bringing investment into the country, bringing new technologies –  it should be supported.

But similarly where there are diverging views – where collusion and price-fixing is found, among other things – tighter regulation should be imposed.

Netshitenzhe, who is seen as a policy guru in the ANC and government circles, said despite the ANC being at it lowest ebb, delegates agreed the party could still self-correct and emerge united and victorious at its national conference in December.

Netshitenzhe further said state capture had been condemned by all delegates, who proposed that “any form of state capture by any segment of society should be condemned and combated”.