It was discovered that 21 branches had ghost membership, some membership forms were forged and some forms had forged bankstamps. 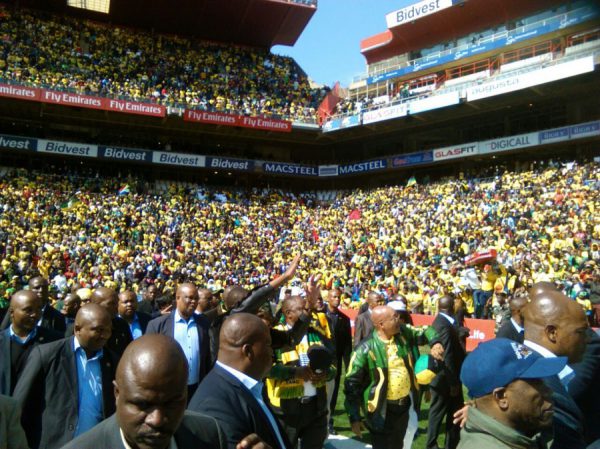 Mantashe was speaking yesterday during a meeting at Luthuli House with a delegation from ANC branches in the Mopani region.

The group’s queries would be lodged “with the right voices within the party’s national leadership”, Mantashe told the delegation.

Three buses and eight taxis brought more than 300 branch members from Limpopo’s Mopani region to Johannesburg to get their pleas heard by the party’s leadership.

The region has been mired in controversy involving ghost membership, bank voting, patronage and gatekeeping.

On Monday, more than 3 000 branch members from Mopani marched to the ANC Limpopo headquarters in Polokwane, accusing the party’s provincial executive committee (PEC) of political polarisation and of being divisive.

“We want the Mopani conference to sit before the end of this month or the PEC must be dissolved,” said Phusela ANC branch chairperson in Tzaneen, Masilo Maloko, on Monday.

The region was recently entangled in a wrangle resulting in Mantashe deploying people to probe various allegations.

It was discovered that 21 branches had ghost membership, some membership forms were forged, some forms had forged bankstamps, some names on the forms were fabricated, certain branches faked bank payments, some dates were incorrect and, in some cases, there were no proper teller signatures on forms. – news@citizen.co.za