The recovered hijacked truck and liquor are worth R1.6 million in total. The Randfontein Police on the West Rand, accompanied by the Imperial Logistics Investigation Unit, managed to recover a hijacked truck and liquor in the south of the town on Wednesday night, Randfontein Herald reports.

Ernst continued saying, the hijacked truck was found at the crossing of the R28 and the N12 in Glenharvie. The driver, who had been tied up, was found with no injuries, but the stock that was in the truck was missing.

The suspect guarding the stolen liquor was arrested on the spot. 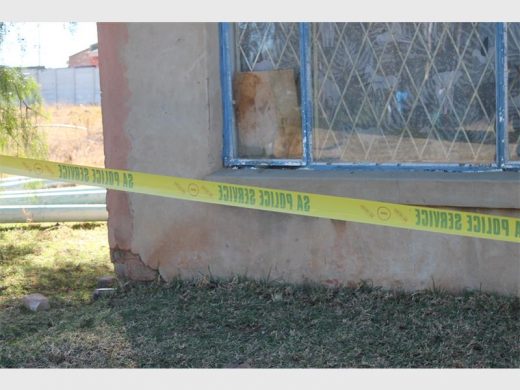 The house in which the alcohol was hidden. 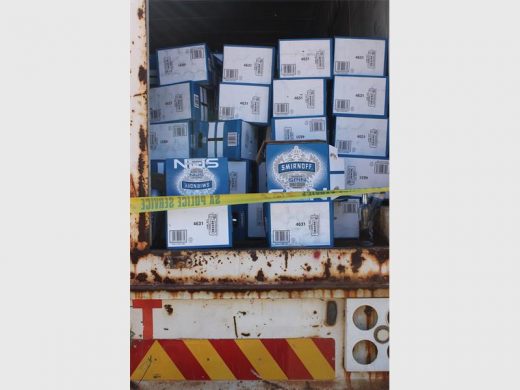 Some of the recovered boxes of Smirnoff Spin

“The suspect was highly intoxicated when he was found,” Van der Lith said. The four armed suspects are still at large, but the Randfontein police are working hard to tracking them down.

Ernst said the police appreciated the partnership with the Imperial Logistics Investigation Unit as it enabled a positive outcome to the incident.

Brigadier Jacob Manamela was also there, and was impressed with the recovery of the liquor, and the hard work of all concerned. The dog unit of the traffic department, the Johannesburg Metro police and Ctrack were also on scene.

According to Van der Lith, this is not the first time a stolen truckload of goods has been hidden on the smallholding – at least two other recoveries have been made in the same place. He said the value of the truck and the liquor amounted to about R1.6 million.