Gaming Review – The Last of Us: Left Behind

You’ll have to imagine my wistful sigh here as I start off by saying: you know, when the last generation of consoles showed up with their proper online support, I expected great things from the whole DLC concept. (Warning - Spoiler Alert). 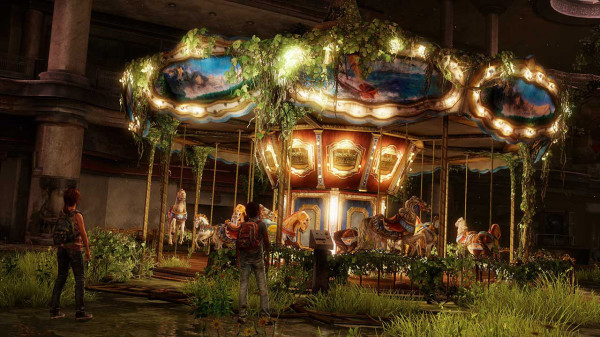 But what we got, mostly, were pathetic little weapon packs, skins and multiplayer maps, released online at the same time as the game’s launch to tease a few more pennies out of those who didn’t pre-order. Blatant money-spinning instead of attempts to create fresh, new content after-the-fact for players who really enjoyed their game and wanted more.

At least the PS3′s selection of DLC gets to wind down on a high note, because the add-on for The Last of Us, the incredible survival adventure of last year, is exactly what I had always hoped DLC would be. It’s entitled Left Behind, and it takes place during the section of the main game in which Joel falls from a balcony at the university and is impaled on a rebar rod. 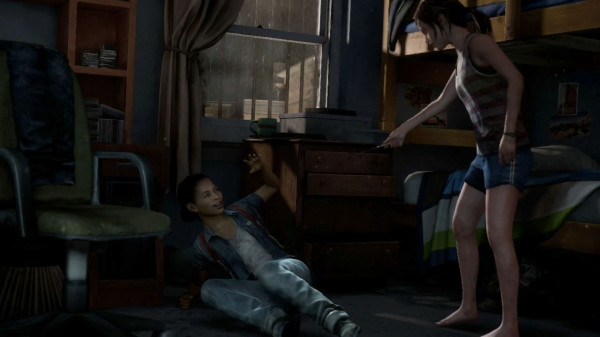 Remember that? I can’t believe enough time has passed that I actually have to ask. If this had been a different game, the DLC would have been developed alongside the main game and released a week later online just to screw with us.

It begins after Ellie hides Joel in a shop in an abandoned mall while she searches for medical supplies to stitch him up. And, of course, the mall turns out to have a few infected running around – and as if that’s not bad enough, the bandits are still butthurt about Ellie and Joel kicking their asses at the university and have followed them.

Like before, Ellie must make calculated use of her limited weapons and employ stealth to deal with the infected and the bandits. Something this add-on does, which I don’t recall happening in the main game, is that it gives Ellie the chance to pit the two types of enemies against each other – which is both useful and hilarious. It also leads to some of the most organic and unpredictable combat scenarios I’ve experienced in any game. 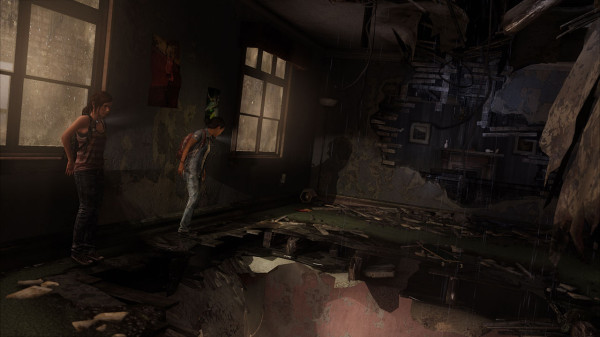 Several times during her mission, Ellie will zone out and remember an ill-fated adventure she shared with her best friend Riley. These playable flashbacks comprise the other half of the game, and they’re enthralling. The girls break into a seemingly-abandoned mall to dick around for few hours, throwing bricks at cars, playing with long-abandoned merchandise in shops and discussing life in general.

You get the sense something is boiling over under the lid between them, as both girls struggle to find ways to say what they want to say to each other. These flashbacks also explain how Ellie learned she was immune to infection, which – I may have to remind you, because it’s actually been a while since the game was released – is the driving plot element of the main game.

The only real drawback here is that the whole package is quite short, but because it was produced with such ambition and detail, I can look past that. Some of the encounters are great fun too, and very challenging on the higher difficulty settings. And it gave me a taste of DLC the way I always wanted it to be, and for that, I gladly paid the R120.

Gaming: How does it really affect your sleep?
7 days ago
7 days ago

Gaming: How does it really affect your sleep?
7 days ago
7 days ago