Two of the men arrested have pending cases of assault against them. 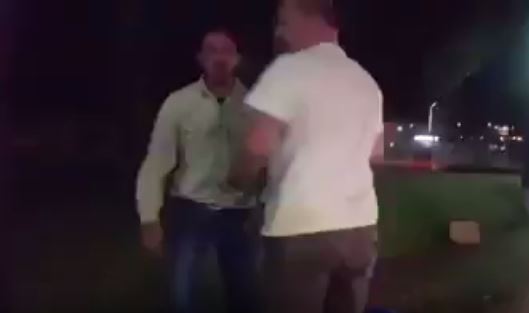 A man handed himself over to Sinoville police in Pretoria recently regarding the attack on a couple at a drive-through KFC in Montana, Pretoria Rekord North reports.

A man and woman were allegedly attacked by a group of men at the fast-food outlet last Wednesday.

Four men were initially arrested and appeared in the Pretoria North Magistrates’ Court on assault charges on Friday.

“They are all from Pretoria,” Makhubele confirmed.

One of the accused was released on bail.

The other three, and the culprit who recently turned himself in, were expected to appear in court again this week.

READ MORE:  How KFC attackers went on a violent rampage

Two of the alleged attackers have other assault cases pending against them.

Video footage showing the apparent attack on a man and his wife went viral on social media on Friday.

“They attacked Jacob simply because he asked them to drive forward in the drive-through queue,” said Ngoma.

In the video, the men swears at the couple while the woman repeatedly asks her attackers: “Are you going to hit me?”

How KFC attackers went on a violent rampage