Rhino poaching has dissipated, but elephant poaching is on the rise, says SANParks. A horrible stench and the hacked off-face of an elephant was the scene in Vlakteplaas in the far north of the Kruger National Park, where the animal was poached, Pretoria East Rekord reports.

Environmental crime investigator Colonel Leonard Malatji said the carcass was between two and three weeks old when it was found by field rangers on patrol.

Using metal detectors to survey the surroundings for shell casings from rifles used in the poaching, rangers scoured the entire area and dissected the elephant.

After a 30 minutes of removing skin and ribs from the carcass, they discovered a damaged rib hit by a bullet that had passed through the lung of the elephant.

Section ranger Thomas Ramabulana, who has been with SANParks for the past years 18 years, said tracks indicated the poachers came from Mozambique in the east and returned in the same direction. 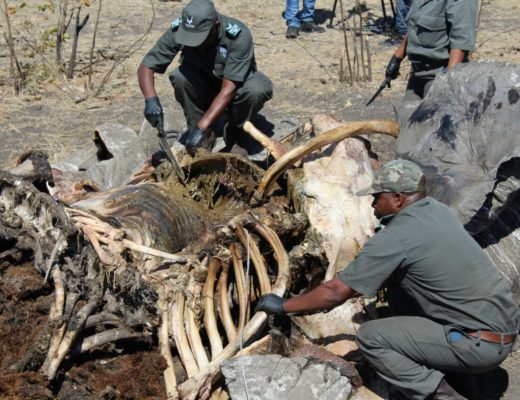 In the far north, 22 elephants were poached last year against 30 so far this year.

“We have contingency plans in place and we are studying the intelligence we get from people arrested in the park. We also have cooperation from Mozambique,” said Phaahla.

“We are further talking to residents to help us. Police reinforcements are helping to infiltrate these syndicates responsible for the heinous crimes against these magnificent animals. Police were glad the justice system was meting out stiffer sentences for poaching, with poachers getting a minimum prison sentence of seven years and a maximum of forty years,” Phaahla said. 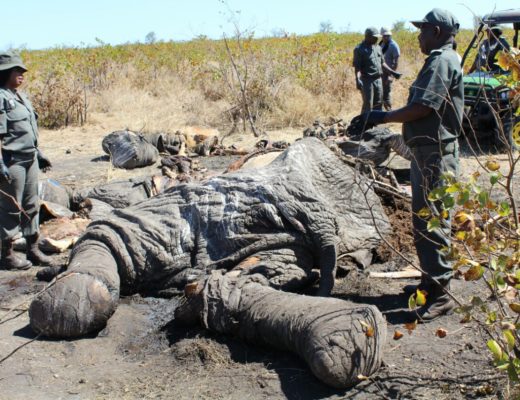