Residents were demanding that the councillors be removed. 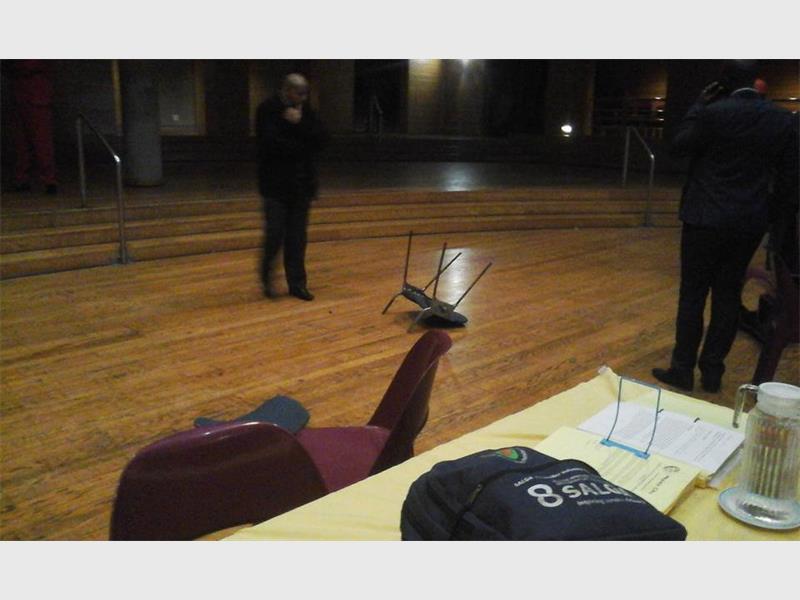 The chair that was thrown from the gallery towards the EFF members. Photo: Facebook

The Mogale City council meeting on Wednesday was disrupted by members of the public on the West Rand, Krugersdorp News reports.

The reason? The six EFF councillors who voted against the DA in the vote of no confidence in the former mayor, Michael Holenstein, have not been removed from council.

The EFF was in a coalition with the DA, but one of their councillors swung the vote in council.

Residents who were seated in the gallery today went so far as to throw chairs from the gallery on to the EFF members of council. They also allegedly poured water on to the councillors and threw paper balls at them.

“We demand that they be removed,” one screamed.

The meeting was adjourned for 10 minutes because the disruptive attitude of the residents allegedly got out of hand and led to a fight.