Dirty mechanics cleaned out by police, leader still at large

The wife of the main suspect had to take the hit and was arrested. On the scene they found two stolen Ford Ranger bakkies, two Nissan NP200 bakkies, and two other vehicles that were recovered and taken to Witbank Police Station.

It came to light that more than stolen vehicles were recovered at this “private business” but various motorbike parts, generators and fake papers indicating the new ownership.

“We immediately responded to the tip off and went to the given address. With our arrival the suspects were still busy working on the stolen vehicle that led the tracking company to this syndicate,” Colonel Lieutenant Solly Thobejane from Witbank Police Station said. All recovered vehicles were tested and it was found that the one Ford Ranger was stolen in Linden, Johannesburg along with an NP200 Nissan bakkie. One of the NP200 Nissan’s, was traced back to Sophiatown and the other one to Lynnville.

On scene the police managed to arrest four suspects, but the “master mind” behind it all fled and left his wife and workers to face the law. Some of the recovered stuff

The sad scene of a confused child asking her sister “what is busy happening sussie,” brought bystanders to tears, but police needed to do their job and gathered the towing services to tow the stolen vehicles to the police station.

On scene as far as the investigation went, the police made another discovery in the garage. In a dungeon underneath the garage floor, covered up with wooden planks, heaps of registration plates and old licence discs were hidden under a stolen Toyota Corolla.

“They left us with some hard work as the tyres of some vehicles had to be put on again, steering locks that made the pick up a challenge and then all the loose tools had to go into evidence bags,” a tow truck owner said. 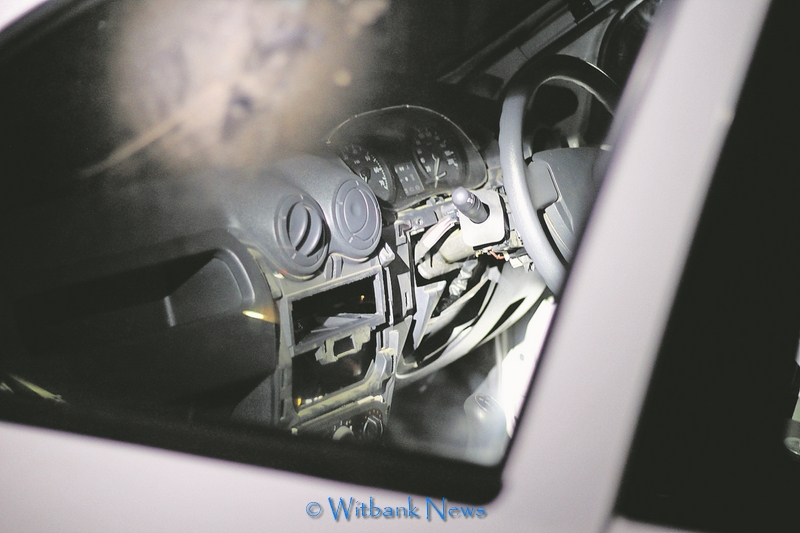 One of the vehicles recovered.

Unfortunately the wife of the main suspect had to take the hit and was arrested on scene but got out without bail the next day.

As the information was starting to flow in by anonymous residents, posts from social network Facebook showed that the syndicate sold numerous vehicles on public pages before.

“We urge the public to come forward with any information regarding this syndicate,” the investigating officer added.