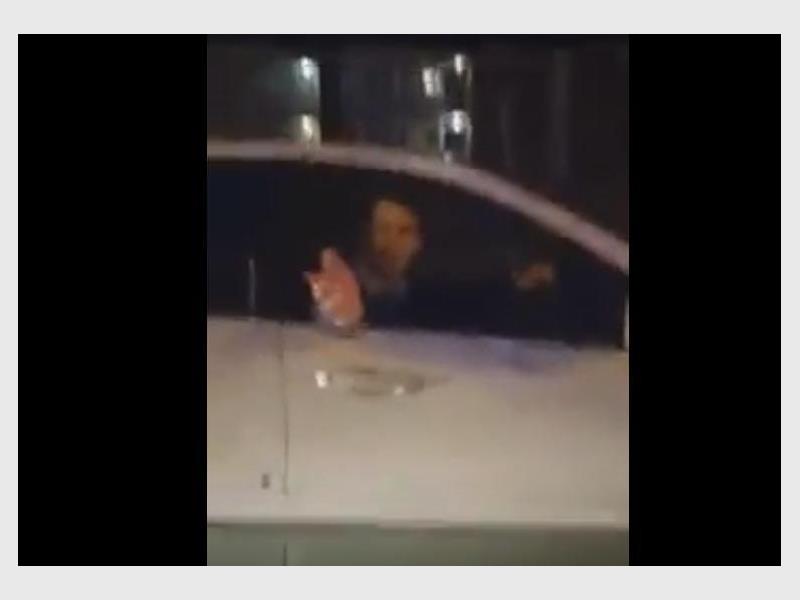 Road rage is something most of us have had to deal with, especially when driving on Gauteng roads, Krugersdorp News reports.

Heike van Heerden recorded one such incident, which he felt was “uncalled for”.

In the video he took while driving on Voortrekker Road in Krugersdorp at about 2am on 25 September, he captured an infuriated driver whom Van Heerden believes put other motorists’ lives in danger.

The video was posted on Facebook and the caption explains how the motorist made remarks and showed the finger while driving alongside other motorists.

“Weirdo in traffic on Voortrekker Road, West Rand this morning. Making remarks and showing the finger after realising he’s on camera with his driving skills. Calling other motorist a “f@#$ ape, driving like a f@#$ ape” after he realises he is on video whilst driving reckless. He’s aggression is uncalled for and he poses a danger to other motorists,” Van Heerden said on Facebook.

The post also mentions the driver’s registration number and the make of the car.

The video shows the man occasionally speeding and then swerving towards the vehicle of the man recording the video. Both drivers sped and changed lanes frequently.

When they stop at a traffic light, the man recording the video opens the window while the other driver yells: “I hope you show this to the police because you’re driving like a f@#$@## ape”.

He’s seen calling someone on the phone and saying it seems like the man recording the incident is trying to hijack him. He also asks the man to go the police station.

Ironically enough the new hit single by Justin Bieber, Can we still be friends is playing in the background while the video is being recorded.

According to Arrive Alive, “rage” means to be in an extreme energised state of anger which has accumulated and/or has been suppressed for some time, is triggered and now finds expression in rage like behaviour. Rage leads to elevated self esteem, adrenaline rushes, reduction of rational thought and increase in physical ability. A rage episode will only subside once the emotion has been spent.

Typical uncontrolled rage-like behaviour would be:

• Prolonged and excessive screaming and swearing.

They also list 10 tips on how to avoid road rage:

2. Plan your journey to reduce anxiety and stress.

3. Adopt a positive mental attitude – to help with frustration.

4. Play music. This can reduce stress.

5. Don’t try to change other drivers’ attitudes – you can’t, but you can change your own.

6. Be courteous and stay calm if provoked.

7. Drive with your car doors locked and if you see trouble, don’t leave the safety of your vehicle.

9. Don’t retaliate by sounding your hooter, flashing your lights or gesturing, this will only aggravate the situation.

10. If you are a victim of aggression, take the registration number and report the incident to police.