The suspects were apprehended instantly. 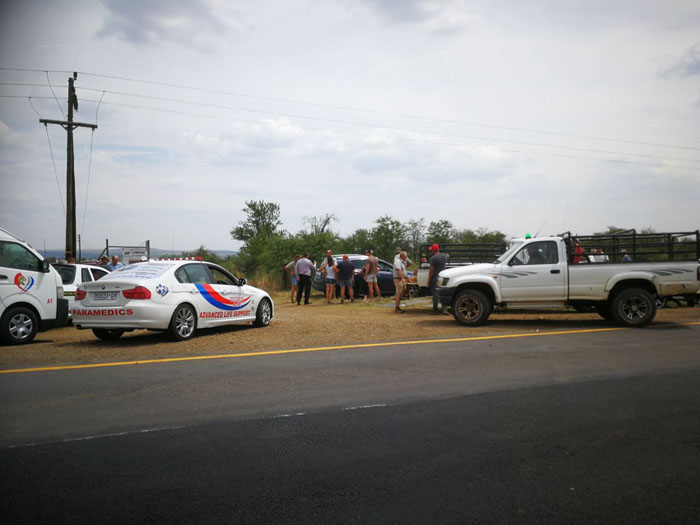 Vehicles of emergency services personnel and neighbours, who arrived at the scene shortly after the incident. Picture: Gerrit Bradnick, Gladiator Distress Alert.

A farmer has been murdered in the Fochville-area earlier today in Johannesburg, Carletonville Herald reports.

As far as it could be determined, two men attacked Mr Willie Barnard of the farm Jagersbosch at about 12:00 today. Neighbours were alerted and farmers from the area as well as personnel of Gladiator Distress Alert arrived at the scene shortly after the incident.

The farmers managed to arrest the two suspects and handed them over to police.

Although Mr Barnard was rushed to Vereeniging in a private bakkie, he unfortunately passed away before reaching a hospital.

Police and emergency services are still busy at the scene.

#BlackMonday – case of black and white?