Learners drink alcohol, smoke and engage in sexual activities at the park. 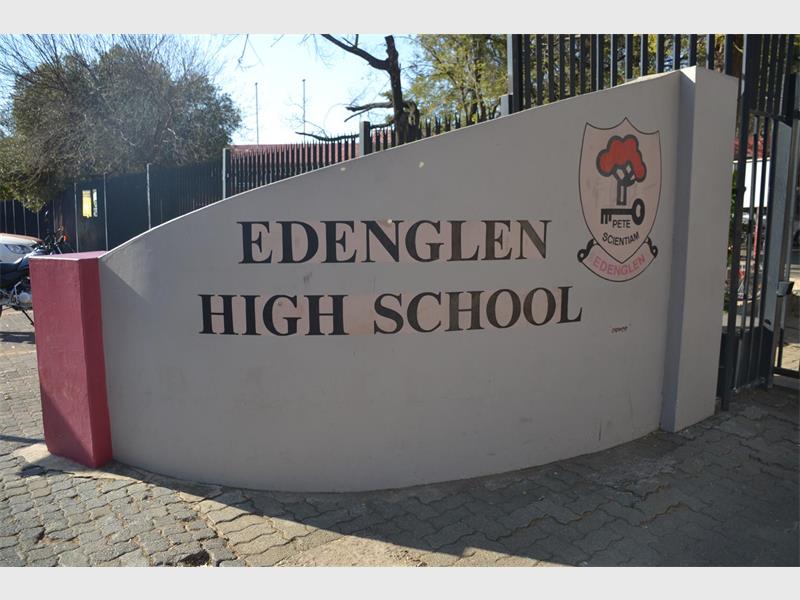 Learners from Edenglen High School have been accused of engaging in drug-related activities and having sex at a local park.

The Gauteng Department of Education (GDE) has since launched an investigation into the allegations.

Wilkinson said she has seen learners between 15 and 18 years old drink alcohol, smoke and engage in sexual activities at Vincent Park near the school grounds.

“I know they are Edenglen High learners because I’ve seen them in their school uniforms,” said Wilkinson.

The learners allegedly engage in these activities during school and after school hours.

“I have seen the learners having sex in the park with my own eyes,” said Wilkinson. They drink beer, smoke cigarettes and smoke what I suspect may be marijuana. My son picked up packets, at the park, which I believe were used to carry marijuana,” said Wilkinson.

“I have heard these learners moaning while having sex in the park. It is disgusting because the children don’t care who sees what they do. They have sex in broad daylight. I have also found used condoms in my garden,” said Sharilee Fletcher, who lives next to the park.

She also said she had seen learners drinking from beer bottles.

“Residents think the learners hide small packages of drugs in a palm tree near the park. One day you see a package and the next day it is gone,” said Fletcher.

READ MORE:  Learner discipline,one of the priorities of the Department, says Lesufi

Principal of Edenglen High School Trevor Weinerlein said the school was unaware of the alleged activities of the learners until the media approached the school for comment.

“We take all concerns very seriously and will act swiftly,” said Weinerlein.

He thanked the residents for raising their concerns.

Steve Mabona, spokesperson for the GDE, said: “The department had not received any official complaints though a team of GDE officials were sent to the school obtain further information. As soon as the investigation is complete the findings will be shared with the public,” said Mabona.

He said if a learner were found to be in possession of any illegal substance, they would face disciplinary action by the school as the GDE takes drug abuse among learners seriously.

“Psychosocial support will be offered to learners involved,” said Mabona.

The support offered will provide learners with life skills in the hope of preventing similar offences in the future.

Clr Heather Hart from Ward 18 said the claims made by residents are concerning because when the park was closed, condom wrappers and needles were often found in the park by residents.

Hart hopes the matter will be dealt with now that lines of communication have been opened.

“I believe it is great that residents are vigilant in their communities and are keeping an eye on our youth,” said Hart.

• Teaching learners about the dangers of substance abuse in life orientation classes.

• Training educators in high-risk areas with the assistance of the South African Narcotics and Cancer Association.

• Making use of school-based support teams which can identify drugs and their various symptoms.

• Taking learners on prison visits for them to witness the consequences of wrongdoings.

Learner discipline,one of the priorities of the Department, says Lesufi