The outgoing ANC leader had no kind words for the private sector which he accused of trying to dictate to the ANC. 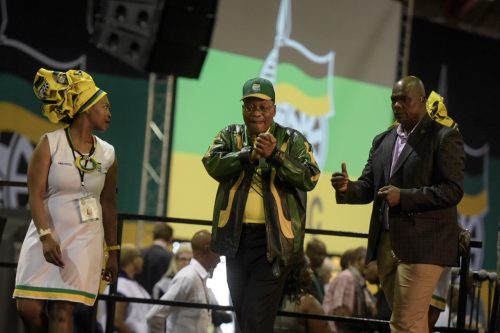 President Jacob Zuma has told delegates to the ANC’s 54th national conference currently taking place at Nasrec, south of Johannesburg, that corruption in the private sector should be condemned and prosecuted with the same vigour as corruption in the public sector.

Zuma said that cartels are abusing the market through the practice of meeting secretly and deciding on market prices as well as dividing it among themselves.

“These cartels squeeze our small businesses,” Zuma said and quoted a number of cases the Competition Commission has dealt with since the last elective conference that took place in Mangaung.

He said state capture will be probed by a commission of inquiry and the party decided to establish the inquiry “to uncover the truth”.

The outgoing party president had no kind words for the private sector which he accused of trying to dictate to the ANC.

“We need to find ways to protect the ANC from corporate greed. Decisions must be informed by policies of the ANC and are not dictated to by business.

“We have received threats that the economy will implode if certain decisions are taken by the conference if these are not those favoured by business,” Zuma told the delegates.

The political report is expected to be followed by a very contentious item to be delivered by deputy secretary general Jessie Duarte. She will lead the discussions on which members will be allowed to vote and those that are not in good standing.