Mbete and the NEC were taken to task by ANC KZN leader Sihle Zikalala over two separate copies of the conference agenda. 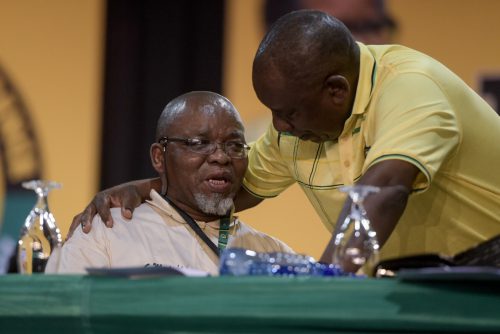 As soon as outgoing ANC president Jacob Zuma declared the 54th national conference open, party chairperson and speaker of Parliament Baleka Mbete had hoped the transition to the next item on the agenda, “messages of support”, will be smooth sailing.

Zikalala robustly took Mbete and the current national executive committee (NEC) leadership to task for having distributed two separate copies of the agenda. He wanted to know which one delegates had to rely on, and if amendments were made to the original one why the decision was not communicated to all delegates.

Mbete said Zikalala’s question was valid and admitted that they were errors in the process which ultimately produced the programme. She, however, “prevailed” on him to cooperate as the “programme started very late”

She pleaded with both Mabuyane and Zikalala to park their concern so it can be discussed during the credentials reports which will be discussed in a closed session. Mbete seemed to be suggesting that the discussion had nothing to do with guests and the media, as it was an internal party matter which will still be discussed at length. She earlier told delegates that after dinner “we will be here for quite a while.”

“We are requesting you comrade to cooperate with us to manage this programme. Siyacela ukuthi nivumelani nathi [we ask that you agree with us], uqinisile uSihle [Sihle is right].”

This is when deputy secretary general Jessie Duarte took to the podium and asked delegates to rather allow the programme as it is.

“Let us adopt this programme as it is,” she asked delegates and admitted the programme was not finalised as the credentials report has not been admitted.

Meanwhile, several journalists raised their frustration with ANC’s department of information and publicity for the chaotic manner in which the media was handled. Some complained that they were kicked out of the sessions regardless of being open. They also alleged some journalists from specific media houses were not asked to vacate the plenary venue.

The new dawn has failed drastically, says EFF on unemployment crisis
14 hours ago
14 hours ago

The new dawn has failed drastically, says EFF on unemployment crisis
14 hours ago
14 hours ago