4776 candidates are now eligible to cast their ballots for the governing party's top six positions. 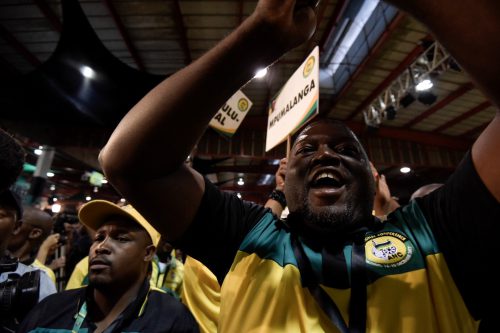 After the credentials session of the ANC’s 54th national conference was adjourned last night reportedly due to a number of provinces disputing and haggling, it is understood they were finally adopted this morning.

It is only after the credentials report is adopted that voting can take place, which will explain why the results are expected to be announced this evening as ANC spokesperson Zizi Kodwa explained to the media this morning.

ANC deputy secretary-general Jessie Duarte  said 4776 candidates are now eligible to cast their ballots for the top six positions. In the event that current constitutional amendments proposed to the ANC constitution include the expansion of the NEC, those names will be added into the ballot.

Kwazulu-Natal has about 804 delegates, down from 870 at the previous elective conference held in Mangaung. Duarte mentioned that the delay was mainly caused in part by the credentials verification process which was pedantically done in order to ensure accuracy.

“We have decided that PECs of KZN and Free State and those who are not branch delegates, 35 branches of NW were disqualified. This takes time as you have to explain. All these people were converted into non-voting delegates.”

“Similarly Free State (PEC) and also 14 branches will not vote. That created a difficultly but we have managed it. We have also withdrawn categories of delegates after credentials checks,” Duarte said and explained some branches had failed to hold branch general meetings were therefore not in good standing.

She also emphasised that there was no inflation of numbers as alleged in the media.

“There was no inflation of numbers and I am sorry to report this because I read about it in the newspapers. It is not unusual to delay credentials, we do it for the credibility of the organisation,” she said.

The rest of the programme today will deal with adoption of rules of the conference, proposals to the amend the ANC constitution and thereafter there will be “an open session for nomination for top six positions.”

“Beyond that our independent electoral commission will develop a ballot paper and we are hoping to start voting this afternoon. To get our voters to the voting stations we have approximated about 200 people per round.