Some of the new national leaders hold powerful positions in other party structures, which may necessitate crucial changes. 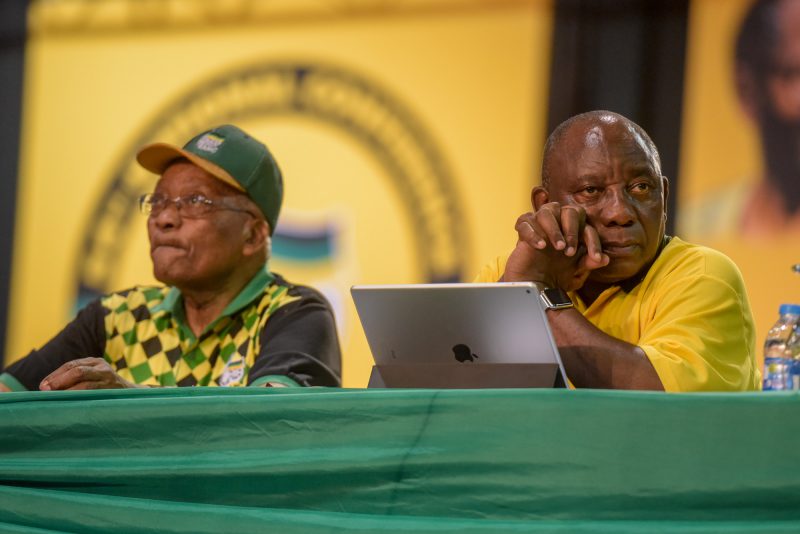 ANC presidential candidate Cyril Ramaphosa sits beside the outgoing President Jacob Zuma at the ANC's 54th National Elective Conference at Nasrec, Johannesburg, on 17 December 2017. The ANC gathers to elect new leadership, including a new party president for which Cyril Ramaphosa and Nkosazana Dlamini-Zuma are the candidates. Picture: Yeshiel Panchia

The only officials who will have business as usual going forward are chairperson Gwede Mantashe and deputy secretary general Jessie Duarte.

The rest of their colleagues will have to hand-over either in the next few days or at least until the next conferences of affected structures as it happened in previous two occasions.

Top of the list is the new secretary general Ace Magashule. He is currently the premier of the province and the chairperson of the party in the Free State.

As he is required by the ANC constitution to be based at Luthuli House on full-time basis, it is a foregone conclusion that Magashule will have to vacate his office in Bloemfontein and head to Johannesburg earnestly.

Even though, strictly speaking, he is not required at the party’s headquarters as frequently as a treasurer general, it will be a tall order to expect him to continue serving as a political head of a provincial department and chairperson.

Another dynamic that will play itself out, but not new to ANC, is the party president Cyril Ramaphosa who currently serves as the deputy president of the country.

At Polokwane national conference in 2007, Thabo Mbeki lost to Jacob Zuma and did not serve for much longer as the country’s head of state as he was soon recalled by the NEC.

Newly elected deputy president of the party David Mabuza, whose campaign leading to the announcement stressed party unity, is also chairperson of Mpumalanga and heads the province as the premier.

Improbable to experience any difficulties in his new role as chairperson is Gwede Mantashe. After ten years as secretary general, he will be able to ease into his position.

A few months ago, he told the media that after two terms in a role equivalent to that of the organisation’s CEO, he looks forward to not spending time at Luthuli House, as an extension of his term will “kill” him.