Newly elected ANC secretary-general Ace Magashule is a man of many scandals and allegations that have dogged his more than 20-year political career. These are the Free State strongman’s “smallanyana skeletons”, according to HuffPost SA: According to the leaked Gupta emails, a June 2014 document described a Gupta employee – apparently one of those involved in the Vrede dairy project – as “adviser to Free State premier”, who at the time was Magashule.

The #GuptaLeaks also revealed that the 2013 lavish wedding of the Gupta brothers’ niece at Sun City resort was largely paid for through laundered public funds from the Free State’s Vrede dairy project via Dubai.

AmaBhungane and Scorpio reported that the Guptas’ Linkway Trading (Pty) Ltd, which was audited by KPMG, was key in ensuring the diversion of cash earmarked for the Vrede dairy project to reimburse most of the four-day wedding expenses – R30 million, to be exact.

The emails also revealed that after Magashule became Free State premier in 2009, his son, Tshepiso, started working for the Guptas as a consultant in November 2010.

Tshepiso allegedly acted as an intermediary between the controversial family and the Free State government. It is also alleged he used Gupta money to pay airtime bills in exchange for using government officials to further the Gupta agenda in the province.

It is alleged Magashule was behind a multimillion-rand tender to provide soccer-related regalia during the 2010 FIFA World Cup. The R9.5-million tender was to supply 30 000 T-shirts and 20 000 blankets, amaBhungane reported.

This year, the businessman involved in the deal allegedly claimed that his company was used as a front for an entity close to Magashule. An inquiry by police into the premier’s role in the scandal was reportedly buried due to poor investigation. Launched in 2009 by the Free State provincial government executive, led by the premier, Operation Hlasela was a campaign to address service delivery challenges in the province, but the project received much criticism over corruption concerns.

In May 2016, former public protector Thuli Madonsela found there was both a private Hlasela Fund and the government’s Operation Hlasela, the lines between which were blurred. Opposition parties alleged it was not a government programme, but instead a fund to sponsor Magashule’s election campaign. AmaBhungane reported in March this year that the Free State provincial department of police, roads and bypassed the State Information Technology Agency (Sita), a state entity that is by law responsible for managing large information and communication technology (ICT) tenders for government.

In June 2016, the Free State issued and awarded a three-year contract called the “One Stop ICT Fusion Centre” tender without Sita approval. The company that won the tender was TAD Consultancy and Services – a company headed by Deena Pillay – who was Magashule’s secretary when he was the sports MEC in the mid-90s. 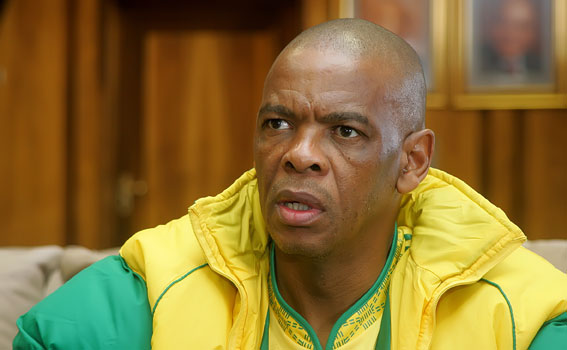 Court papers reportedly alleged that Magashule and other senior ANC members attempted to solicit a share of a development from Ya Rona Investments in exchange for approval of the sale of land belonging to the Mangaung municipality.

Earlier this year in June, Lekota slammed Magashule on Twitter accusing him of being corrupt to the core. He claimed President Jacob Zuma was deployed to deal with Magashule’s dismissal in the Free State. Zuma at the time was the chairperson of the ANC in KwaZulu-Natal.

Zuma will be given an option to resign and not be humiliated with a recall, say analysts