Mthembu informed the media while the party appreciates work done by media industry on self regulation, parliament must intervene. 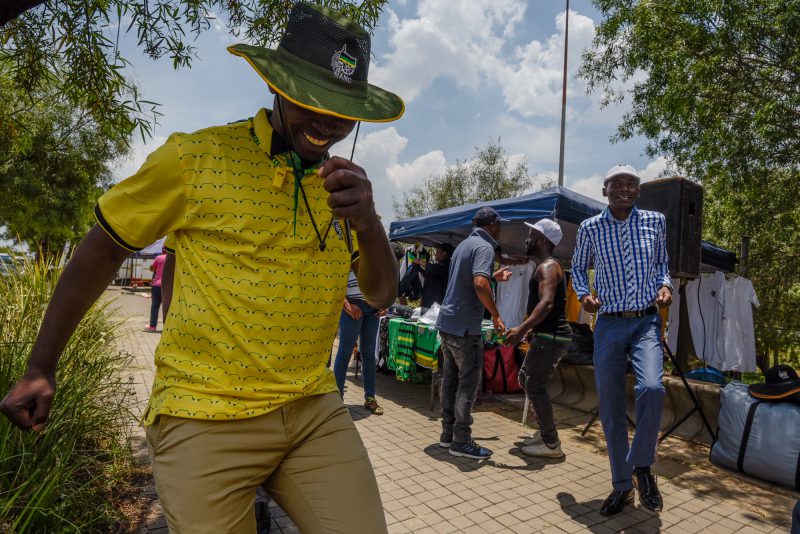 ANC delegates dance outside the ANC's 54th National Elective Conference at Nasrec, Johannesburg, on 17 December 2017. The ANC gathers to elect new leadership, including a new party president for which Cyril Ramaphosa and Nkosazana Dlamini-Zuma are the candidates. Picture: Yeshiel Panchia

ANC chief whip Jackson Mthembu this evening revealed that the party’s commission on communication and “battle of ideas” has instructed that digital migration be implemented by December 2018.

Should there be delays due to technicalities and modalities, the last absolute extension delegates have given to the ministers of communications and telecommunications and postal services to wrap up the project is June 2019.

So impatient are ANC delegates with the delays after the party took a decision to migrate with the rest of the world in June 2015 that “the ANC communication committee has been tasked with over-seeing this path to migration.”

He said this issue has bedeviled the party for sometime and two years after the deadline was missed the country is facing reputational damage and “cost that we have lost through our inability to migrate timeously.”

“For the first time we will have many of our people, especially those previously marginalized, having this spectrum and use it to engage it in business.

“[In] That open access network, we would like to see implemented as in yesterday. But of course it will also effect a lot of transformation. In the Telecoms, many are outside of the reach of black ownership,” he added.

Mthembu informed that the media that while the party appreciated efforts for self-regulation, the conference has recommended that parliament goes ahead and hold an inquiry into media appeals tribunal and possibly legislate.

“We have agreed with and recognized work done by press freedom commission to look at this self-regulation mechanism. The same effort that free media owners took to do justice to this.

“But conference says, notwithstanding that, we are ordered by next year, our parliamentarians must have this inquiry into this media appeals tribunal whether it’s feasible and [in] what context. Our parliamentarians have been ordered to move with speed so that South Africans can say whether we are ready for self regulation or appeals tribunal. We can’t be talking about this matter forever,” he concluded.

ANC conference rejects proposal to incorporate Contralesa into its structures