The embattled ANC president is advised to rather institute a parallel commission to investigate everything and anything to his heart's content. 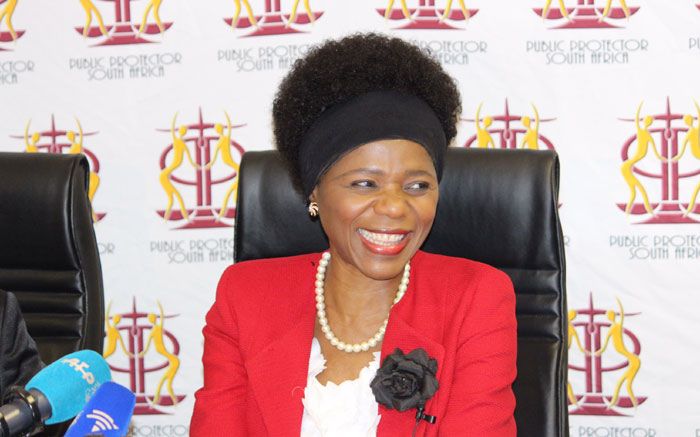 Thuli Madonsela, the former public protector who released the State of Capture report that directed President Jacob Zuma to establish a commission of inquiry into allegations of state capture by the Gupta family, has cautioned Zuma will once again be flouting the law if he goes beyond the remedial actions of her report.

In a statement issued by the Presidency last night, Zuma said: “The commission must seek to uncover not just the conduct of some, but of all those who may have rendered our state or parts thereof vulnerable to control by forces other than the public for which government is elected.”

“The president has no authority to change the terms of reference of the commission. He can announce a commission of inquiry into any matter at any given point as per his executive powers outlined in the constitution,” Madonsela said this morning.

Skeptically welcoming the announcement, Madonsela warned that while the time-frame dictated in her report had been missed, Zuma’s adherence to the latest court order was good for the rule of law. She, however, indicated the delay may have posed a real risk of Chief Justice Raymond Zondo investigating a “cold case”.

“But I am sure he is equal to the task. I will also encourage those implicated to make themselves available. They should not book long holidays abroad,” Madonsela said, noting the commission of inquiry had six months to conclude its work.

Democratic Alliance leader Mmusi Maimane echoed Madonsela’s sentiments, and stated that including investigations on grand corruption and broader capture of the state by the private sector would be straying from what the report recommended in its remedial actions. He emphasised the commission should get to the bottom of how a deputy minister was offered cash by the Guptas, and when he rejected it, he was fired from Cabinet.

Political analyst Ralph Mathekga was also baffled by Zuma’s hint that he would not only focus on state capture by the Guptas, saying he had executive powers to institute a parallel commission should he so wish. Mathekga urged the ANC NEC meeting to curb Zuma’s “court adventures” on challenging the cost order, and asserted he would lose his court challenge and find himself in a financial quagmire, as legal bills in his private capacity would mount.

United Democratic Movement president General Bantu Holomisa also questioned the legality of the decision to change the terms of reference as contained in Madonsela’s remedial actions. He also wondered whether the decision was not a veiled attempt at watering down the investigation into the controversial Gupta family.