There were slaps, blows with a pickaxe handle and bottles flying at a party hosted by Eastern Cape MPL Sanele Magaqa over the festive season. 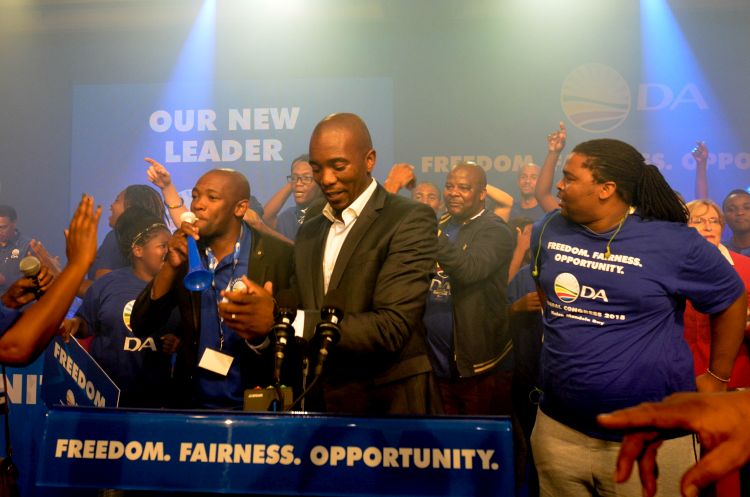 According to The Herald, there were slaps, blows with a pick handle and bottles flying at a party hosted by MPL Sanele Magaqa. He has now been charged with physically attacking a DA member from East London, Nomkhita Manzini.

Buffalo City councillor Simphiwe Tsala is accused of beating up DA activist Thembela Dyongwana from Sweetwaters in the course of the brawl.

Manzini, who is from Sweetwaters, claims she was arguing with her boyfriend, Dyongwana, who is a friend of Magaqa and a DA activist, when the MPL got involved and the two men beat her up.

The attack happened on the evening of December 29 at Lower Gxulu in Keiskammahoek, where Magaqa was hosting DA party members at his family’s umgidi ceremony.

Manzini said her complaints led to charges of assault being laid against her boyfriend and the MPL, while Dyongwana said his complaint against Tsala led to Tsala being charged with assault.

Manzini told the Daily Dispatch that on the night Magaqa had accused her of being unruly, causing chaos and being an embarrassment.

“I was fighting with my boyfriend who had issues with my drinking. The fight got out of hand and became physical. He [the boyfriend] hit me, and I started to hit back. I picked up bottles and threw them at him.

“At that point Magaqa came for me saying that I was going to damage people’s cars. He klapped me repeatedly and started shouting at me calling me ill-disciplined and out of order,” said Manzini.

Tsala, who was also at the party, got involved trying to break up the brawling couple, by using a pickaxe handle against Dyongwana.

Dyongwana said the blows from the pickaxe handle put him in hospital with bruises on his head, shoulders and body.

Tsala refused to comment, saying that he was waiting for the “trial” outcome. “I am sorry I cannot talk about this issue because it is already with the police,” said Tsala.

Dyongwana protested: “I did not hit Nomkhitha. I only shoved her, and she fell. I shoved her because she was beating me, and I wanted her to stop beating me and throwing bottles at me, risking hitting people’s cars.”

Magaqa is said to have threatened Manzini with a lawyer.

“I am not disputing that I laid my hand on you. My intentions were not to hurt you. I think we must put our pride aside because now it will involve the courts. Think of Tsala! He will lose his job because the DA will charge [him].”

WEATHER WATCH: Joburg underwater after flooding and thunderstorms
2 hours ago
2 hours ago

WEATHER WATCH: Joburg underwater after flooding and thunderstorms
2 hours ago
2 hours ago