My senior team misled me, says Mahlangu as she washes her hands of Esidimeni

Mahlangu said she was made aware of challenges in transferring patients to NGOs by media, and that she began to find her officials untrustworthy. 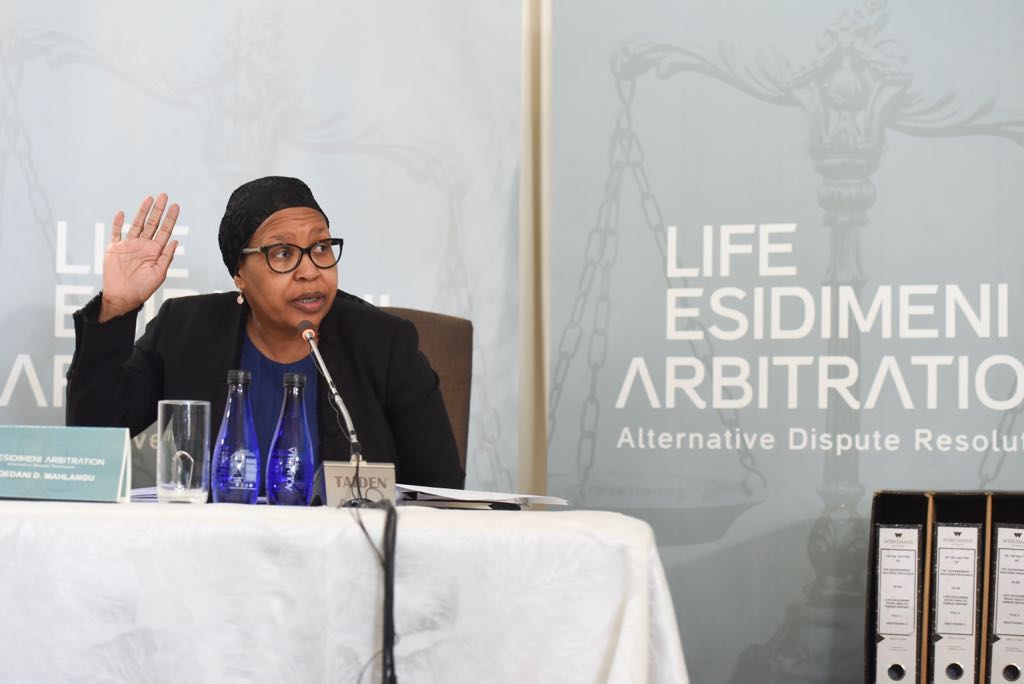 Former Gauteng health MEC Qedani Mahlangu has told retired deputy chief justice Dikgang Moseneke she was blindsided by her senior management, as she worked with them on the basis of trust and so she had no reason to question the information she was given.

“During the initial phase of the project, I was given assurance that the implementation of the project [was going well except for] a few teething problems.

“Problems such as food, linen and other problems were not presented to the meeting except [the issue of lack of] supply of medication. I didn’t have any reason not to believe the information received consistently.

“You work with people on the basis of trust. Not doing so will not allow collegial working relationship. I had the full confidence in the managers and professional expertise [in the department],” she told the hearing.

Moseneke then asked Mahlangu to name the officials who were supplying her with inaccurate information.

“HOD [Dr Barney Selebano], Dr Lebethe, who is the DDG of clinical services, Mr Mosenogi, who is the chief director for planning, Dr Manamela [the] mental director.”

She told the hearing that in fact she got concerned when a “journalist” kept asking questions about the project around July 2016.

“The first key challenge to be brought to me was a shortage of food at an NGO in Cullinan, it was 3rd of July 2016 late in the evening. I got concerned that this journalist kept asking me things, and I realised that whatever I was answering I might not have the full information,” she submitted.

Mahlangu was asked if she was informed of other problems such as the payment of subsidies and financial problems.

“The media person informed me of the problems, and we spoke to the HOD. I only found afterwards there were problems with payments.

“The issue of food and other challenges I also got to know about them in the media, and we intervened. The issues were brought to Dr Manamela, and I was not aware of them at all. I encouraged people to call me [on her cellphone after she provided the NGOs with her number],” she continued.

‘During the time, I was totally unaware of patients that were dying.’

Moseneke then asked Mahlangu how 143 patients lost their lives in circumstances she seemed unaware of in a department she headed.

She said: “During the time, I was totally unaware of patients that were dying. I received a question from the legislature.”

She said it was on the basis of this information that Dr Selebano compiled a response that said only 36 people had died.

“In less than 24 hours, I asked Prof Makgoba [health ombudsman] to help the department investigate the circumstances under which the 36 people died. I also had a meeting with Minister [Dr Aaron Motsoaledi] about the Nelson Mandela Children Hospital, and I told him that the ombudsman was not prepared to help me.”

She explained the legislature question was answered on 2016, September 13, and the meeting took place on September 14, 2016.

Mahlangu seemed to suggest that the main reason she asked for Makgoba’s intervention was because she questioned the information provided to her by Dr Manamela, especially as she said all 36 patients died of natural causes.

She said once she discovered more patients had died, she also found that the level of trust had “degenerated” and there were problems in the team.

She vehemently denied that she could have intervened, citing the Public Finance Management Act, which requires the accounting officer in the department to intervene where there are operational challenges.

When asked what her understanding of section 25 of the Mental Health Act and whether she had been negligent, Mahlangu said the section required her to provide oversight of the department, as getting operationally involved could land her “in jail”.