Makhubela said he refused to extended the contract of the service provider, and accused the company of failing to conduct a proper handover. 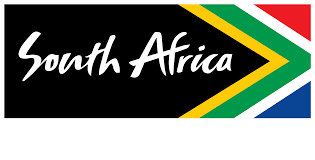 Brand South Africa, the public entity tasked with projecting a positive image of the country continentally and internationally, has had its website – brandsouthafrica.com – down for well over 48 hours.

It is understood that after the previous service provider, a black-owned boutique communications agency, concluded its three-year contract with the agency on the 31st of January, senior managers were caught off guard when it suddenly dawned on them they were unable to keep the website alive internally.

Former director-general of the department of tourism Dr Kingsley Makhubela joined the entity in August 2015 on a five-year contract as chief executive officer. The expired contract with the service provider managing the website was already in place.

During the World Economic Forum (WEF) meeting held in Davos, Switzerland, a week ago, Makhubela told the media that Cyril Ramaphosa’s position as leader of ANC has been a magnet for investors and world leaders who are keen to hear his position on the country’s future direction.

Underscoring the importance of Brand South African as a platform that showcases the country’s attractiveness as an investment destination and trade partner, Makhubela said: “There is a huge demand for a meeting with the deputy president, and this demand comes from leaders of business and political leaders who are here in Davos.”

Hardly a week after he returned from Davos, it is now uncertain how the entity is currently able to execute its key mandate “to develop and implement proactive and coordinated marketing, communication and reputation management strategies for South Africa” is going to happen without a functional website since the end of January, 2018.

Chief marketing officer Linda Magapatona Sangaret initially said it may take more than a week for the website to be restored, but also indicated she was in a meeting with stakeholders and referred The Citizen to Makhubela.

Makhubela admitted the website is currently down for the past two days, and there is a technical team attending to the problem and optimistically stated they should be back online after 24 hours.

“We have been offline for the past two days because the contract with the previous service provider expired. The tender was awarded and had to be cancelled and re-issued. We are in the process of finalising a site which will host the website and transferring data.

“The previous provider had subcontracted the hosting of the site, and didn’t tell us who to use when the contract expired. We issued the tender on time, the problem was that the preferred company exceeded the expenditure by well over R10 million. We are using public money and this amount was way too excessive. This is why the tender had to be cancelled and reissued,” said Makhubela.

Not even tea is safe from corruption allegations