Public Works says the minister should have told them if he wasn't happy with his accommodation.

The department of public works (DPW) has denied claims allegedly made by State Security Minister Bongani Bongo that the reason he booked into the upmarket Taj Mahal hotel in Cape Town was due to the failure of the department to allocate him official accommodation in Cape Town.

It indicated that Bongo was aware that it was “currently in the process of acquiring State Security Minister Bongani Bongo an official residence”.

The Sunday Times reported how sources believed Bongo booked into the hotel because he was not willing to take 90-second showers like the rest of the City of Cape Town’s residents in the wake of the drought crisis that has engulfed the province.

In the event that Bongo had found himself homeless, or regarded his current accommodation as not befitting of a minister, as per information quoted in the Sunday Times that he was still in his old MP house at the Pelican Park parliamentary village, he was not at liberty to choose any hotel of his liking.

Bongo told the Sunday Times he was going to foot the bill for his hotel stay himself.

READ MORE: Bongo spent R147k at a luxury hotel so he can shower – report

“In the event the minister was no longer happy with this arrangement, he should, by law, indicate in writing to the Minister of Public Works,” said departmental head of communications Reggie Ngcobo.

Ngcobo told The Citizen that, according to departmental records, “Minister Bongo has not been moved out of the parliamentary village, as he has been staying there since his appointment as an MP”, and, as an interim measure, Bongo was “allocated accommodation at Parliament’s official residence at Pelican Park”.

The department explained that the requirement on ministers to indicate their unhappiness with allocated residences in writing to the minister of public works was to “enable DPW to negotiate with the client proper alternative arrangements guided by the Ministerial Handbook”.

The department is responsible for the accommodation of ministers and deputy ministers in Cape Town and Pretoria.

When previously contacted, the spokesperson for the department of state security Brian Dube said Bongo would not be taking any media queries on the issue.

Mid-Week Reflections: ‘Eye of the Needle’ must give us astute Cabinet

You see, State Capture is just a conspiracy – it never happened
7 months ago
7 months ago 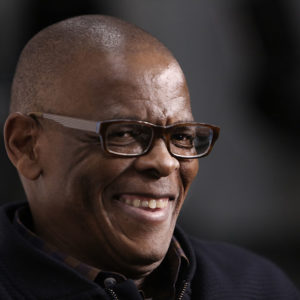 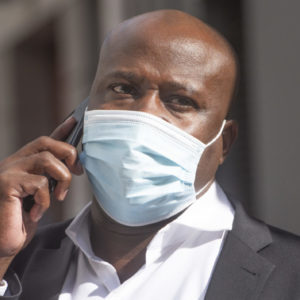 You see, State Capture is just a conspiracy – it never happened
7 months ago
7 months ago