It is a ‘war on Afrikaans education’ in Gauteng

Many of the 119 schools that were either Afrikaans-medium or dual-medium and were changed to English-medium were in coloured areas. 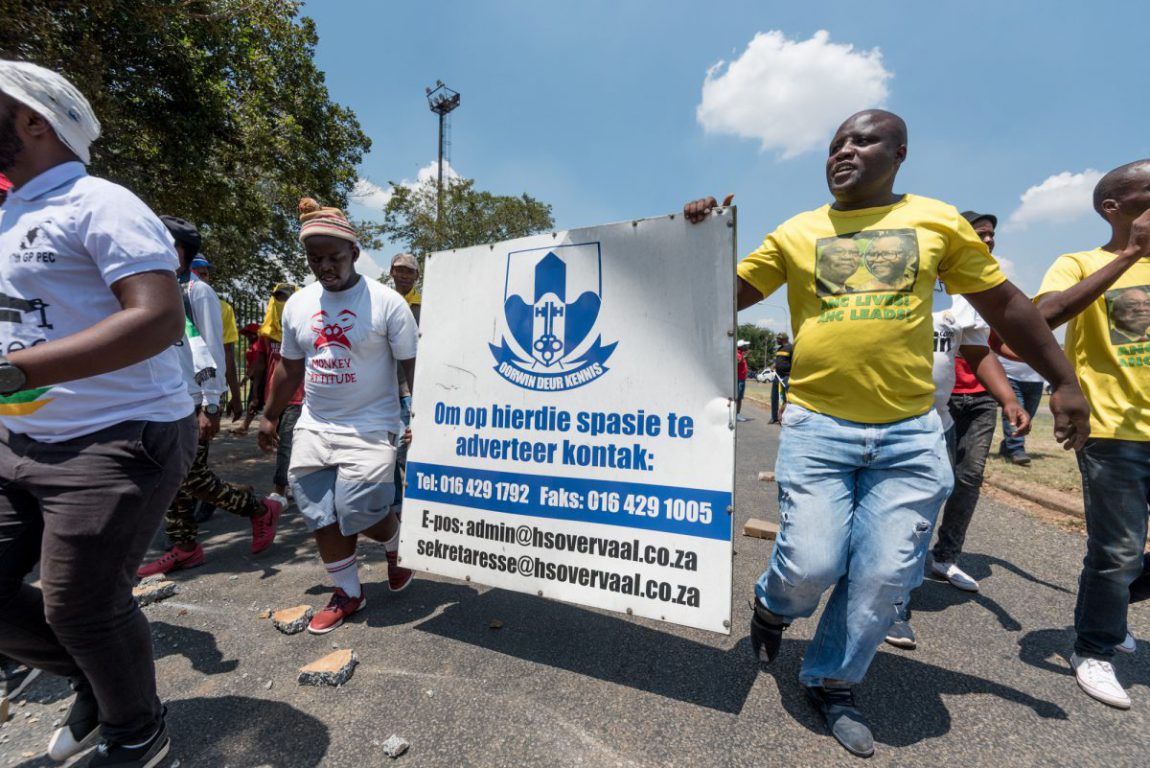 The Gauteng government appears hell-bent on weeding out Afrikaans as a language of instruction in schools in the province.

It has converted 119 schools that were either Afrikaans-medium or dual-medium to English-medium. Many of these schools were in coloured areas around the province, where Afrikaans is a dominant language and culture.

According to statistics from the office of Gauteng education department MEC Panyaza Lesufi, only eight former Afrikaans medium schools, three in Pretoria, three in Johannesburg, one in Krugersdorp and one in Springs, were converted to English-medium schools.

However, Lesufi’s office refused to say how many of these schools were converted from Afrikaans only to dual-medium schools before being made English only.

Doctor Danny Titus, CEO: corporate affairs at the Afrikaanse Taal- en Kultuurvereniging (ATKV), said these changes by the department are against the spirit of the constitution which states: “Everyone has the right to receive education in the official language or languages of their choice in public educational institutions where that education is reasonably practicable.”

Titus said these changes are also against the spirit of the National Education Policy Act.

“Those double-medium schools gave access to pupils in a previously marginalised community.

“With the change to English only medium schools in predominantly Afrikaans-speaking areas, the department is denying the Afrikaans speaking pupils the right to mother tongue education.

“This does not ‘redress the results of past racially discriminatory laws and practices. On the contrary, it reinforces discrimination on the basis of language,” Titus said.

He said the ATKV supports “the international principal that mother tongue education is the best form of education and, unfortunately, the department does not follow international best practice in this regard”.

According to Titus the department has to take responsibility for their actions that are clearly not in line with international policies, national acts and best practices.

“In a conversation earlier this month between MEC Lesufi, AfriForum CEO Kallie Kriel and Danie Brink from Helpende Hand, Lesufi denied he had a mandate to convert all schools to English-medium schools. Schools should only be more integrated, was his assertion,” Bailey said.

She said in 2016 and 2017 they had been involved in a parallel medium primary school, which, according to the demographics of the area, had enough Afrikaans entries to convert back to Afrikaans-medium.

“The department did everything to stop it. The school remained parallel-medium,” Bailey said.

Bailey said it is a fact that the department is not doing enough to inform parents about the advantages to teach their children in their mother tongue.