Gigaba says he was so upset he issued an instruction to SOE chairpersons to route all requests through the department of public enterprises. 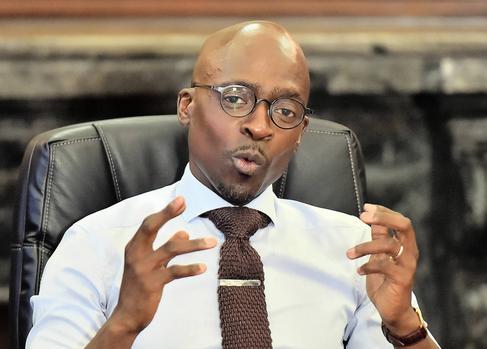 “I was informed by the department that they were receiving request for sponsorships and flight tickets [from SOEs]. They found it difficult to decline and wanted DPE [department of public enterprises] approval. I was upset by the requested amounts, as it was large sums of money, even thought it was below materiality threshold,” Gigaba said in his evidence-in-chief.

“I considered all of the above, and issued a memorandum and said all requests should be routed to the department. By 2013, the problem had escalated and the public protector was looking into Eskom, SABC and Transnet.

“It is apparent that I was doing the opposite of militating in favour of the breakfast sponsorship. I was highly incensed,” Gigaba said.

Gigaba, who structured his submission to cover areas such as the appointments of board members at SOEs; shareholder compacts; procurement and alleged Gupta contracts, said the reality in the department was that “the accounting authorities [of SOEs] are solely responsible for preventing fruitless expenditure”.

“The boards are the only ones who can account for this. Full cooperation was expected from DPE, and I instructed them to avail information to the public protector.

“Under PFMA, I could have asked for the information directly, but I felt it will not not be correct to do so given the allegations, and these were ceded to the public protector,” Gigaba explained.

The hearing continues, with evidence leader Adv Ntuthuzo Vanara taking Gigaba through his evidence before members of the committee are allowed to question the former finance minister.