Gigaba takes a beating from MPs on Gupta sponsorships

Gigaba was reminded he had attended several New Age breakfasts, and that Koko approved a R43m sponsorship from Eskom. 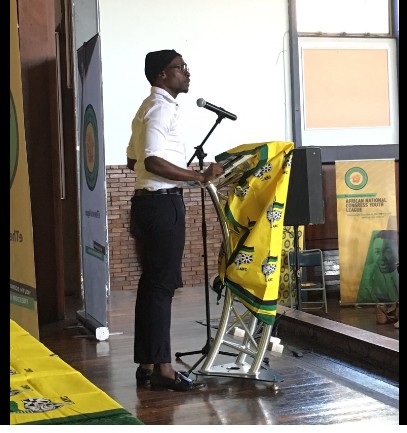 Home Affairs Minister Malusi Gigaba’s statement that he was incensed as minister of public enterprises by the obscene amounts pledged towards the New Age/Morning Live business breakfasts elicited a torrent of rebuttal from opposition MPs.

As part of his response on the role he allegedly personally played in facilitating state capture when he was the minister of public enterprises, Gigaba said he issued an instruction that all requests from the then Gupta-owned New Age newspaper for sponsorship be referred to the department of public enterprises.

One of the very first objections he received was that, by his own admission, he did not instruct chairpersons of state-owned entities (SOEs) to stop the funnelling of money to the breakfast, but only said “in future.”

MPs wanted to know what action, besides the communication, the minister took when it was brought to his attention that “large sums of money” were redirected from Eskom’s build programme budget for this sponsorship.

“The Public Protector (PP) was investigating these issues and we were satisfied. That is why I said all information requested be send directly to the PP. We thought that would suffice to deal with the investigation.

“At the time, the public broadcaster was involved with the intention of publicising minister’s work for two hours and to respond to various stakeholders; we thought we should manage how we deal with these programmes going forward,” said Gigaba.

DA MP Natasha Mazzone reminded Gigaba the amounts of money dispensed towards this sponsorship had run into “billions” and ordinary South Africans had been taxed to prop up the Guptas.

“Between 2011 and 2012 a truly bizarre amount of money was given to the New Age: R16.5 million from Eskom, R12.7 million by Transnet. When did you take action and what excuse was given to you and [the money] belonged to all of us?” she asked.

“I was upset and took a decision to write to boards that it will be necessary that the department should be consulted so we are able to take a view and inform the various SOEs. That in part created a dilemma because on the face of it this was a good programme which allowed government to communicate its work.

“With hindsight, we know that the procurement was inappropriate and should have been stopped. You face the dilemma as a minister in being able to bring to boards the conscience to take correct decisions on certain matters and not interfere,” said Gigaba.

EFF MP Marshall Dlamini pointed out to Gigaba that if had he found the amounts obscene, then he had a funny way of showing it because he had attended several of those breakfast meetings broadcast on SABC2. Gigaba maintained there was a “dilemna” created by the participation of the public broadcaster.

African Christian Democratic Party MP Steve Swart reminded Gigaba that on the 30th of April 2014 Matshela Koko, then Eskom head of power generation, had approved a sponsorship deal worth R43 million and this raised concerns. Gigaba admitted at the time he was an absent minister, as he had been in charge of the ANC’s 2014 national elections campaign.