Mahumapelo purchases 274 tablets for workers, denies ‘dumping’ money on them

The premier's office denied that this was fiscal dumping - purchasing frivolous goods and services to circumvent under-spending close to the end of financial year. 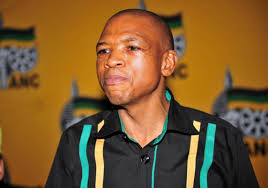 “The tools were purchased as part of the provincial government’s broader strategy to automate its reporting and information management systems,” said Mahumapelo’s spokesperson, Brian Setswambung.

He said the tablets would be loaded with 10GB of data on a monthly basis, for a period of 24 months.

“Through this initiative, each community development worker’s tablet will be loaded with all ward-based government projects, so that they can help the provincial government with information on performance monitoring and interventions.

“Daily reporting on service delivery progress and challenges will be central in this regard, thus gradually lessening the spread of community protests due to lack of information,” said Mahumapelo when handing the tablets.

RELATED: Kule Mahumapelo arrives at Sopa in grand royal style, under an umbrella

Emily Ramakgwakgwa from Madibeng Local Municipality was one of the excited recipients.

Premier Mahumapelo also encouraged the CDWs to also take advantage of information at their disposal, and educate their communities about government’s service delivery programmes such as the Roma Nna Setsokotsane 10×10 Campaigns, the Sefalana Poverty Eradication Projects and many others, to ensure that communities become active participants of government’s Programme of Action.

The premier’s office denied that this was fiscal dumping, the exercise of purchasing frivolous and often expensive goods and services towards the end of the financial year to circumvent under-spending, and said the expenditure was planned for.

“It is not fiscal dumping, we have procurement plans. Every quarter we have items that we have to procure every quarter. It will be in line with those plans,” Setswambung said, and added he did not know how much they cost. 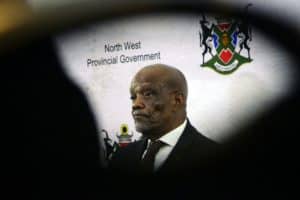 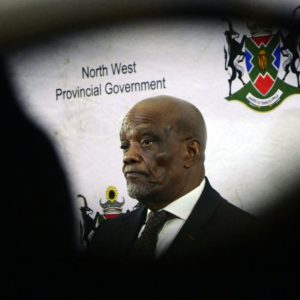 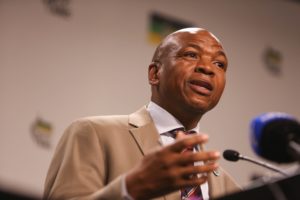 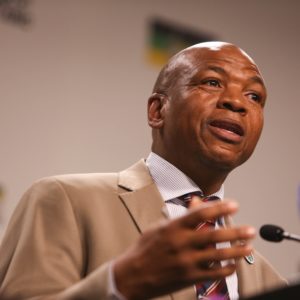 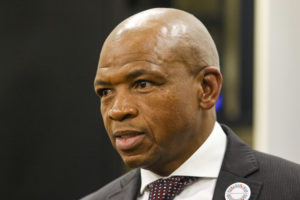