SABC News petition: The broadcaster has no editorial integrity, is still pro-Zuma

The news division employees say the SABC is factionalist and prioritises party events at the expense of government events. 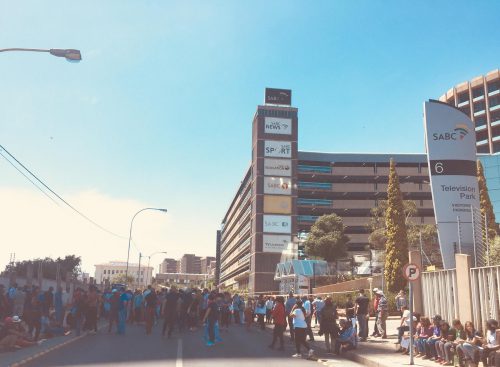 One of the core issues raised by a group of about 126 employees based at SABC News units across the country in a petition addressed by acting CEO Nomsa Piliso yesterday is that the SABC has been compromised editorially.

“Our credibility and integrity will continue to be questioned. Our presidential correspondent compromises us editorially by sheepishly failing to call the executive to account. Despite this, no one has been held responsible. We demand that the political editor and news management be held accountable for making decisions that compromise us editorially,” the petition disclosed.

The document seen by The Citizen makes it clear that all those who signed it agree that SABC News remains pro-Zuma in form and content, and this must change.

“We demand an investigation into why the SABC failed to cover the address of the newly-elected ANC president at Nasrec, despite us having the staff and equipment at the venue,” the petition reads.

The call for an investigation appears to be based on a belief that the public broadcaster continues to prioritise ANC events to the detriment of government key events, such as the State of the Nation Address (Sona).

“Radio current affairs programmes were told that they will not travel to Parliament during Sona, citing financial reasons. We would accept this if all events were treated equally. However, there is a precedent set where we over deploy to ANC events but have financial constraints when we have public events like Sona and Budget [Speech].

“We broadcast for the country and not the party. Eighty people were deployed to East London during the ANC’s January 8th statement. However, when it came to the crunch time of the broadcast – the team in Johannesburg had to take over, despite an over deployment,” the petition claimed.

We call for an investigation into this misuse of SABC funds at a time when we are on economic austerity. Similar incidences, such as the Cuba trip (to cover the death if former Cuban leader Fidel Castro), must be investigated.

In direct line of fire is former acting group executive of news Kenneth Makatees, with staff members accusing him of “poor leadership”, which they say renders the news division unprofessional.

“Mr Makatees style of management and leadership has been reminiscent of the Hlaudi-style of management. He has imposed his preferred guests on Media Monitor staff, insisting on his involvement in the invitation of guests to Question Time, and micromanaging the newsroom and thus undermining his managers.

“We hear that he has now been moved to Channel 404, we demand a proper advertising of the post and his removal form the Johannesburg newsroom, as his presence is bound to destabilise the newsroom and hamper progress. Management must bear in mind that he was previously removed through a petition from the erstwhile SABC Africa,” said the petition.

They are also demanding “the immediate removal of Acting head of the news channel, Tebogo Alexander” for, they say, “undermining of EPs [Executive Producers], threatening reprisals on his subordinates instead of resolving newsroom issues professionally, intimidation of contractors with dismissals, bullying of his colleagues” and “absolutely no professional mannerism or leadership skills”.

“His behaviour disregards the rights and dignity of employees as outlined in the Constitution of South Africa and the LRA. We call for an investigation into his behaviour and his track record as a manager at the SABC where there is a pattern of reported harassment of staff and abuse of power and position against his subordinates,” the employees wrote.

Board chairperson Bongumusa Makhathini said the petition was currently addressed by management and cautioned: “The truth of the matter is we need to follow process, we can’t just fire people.”