A group of seven South Africans made their way to Austria last week for the Lyoness Open as part of the 2014 European Tour schedule and by the end of the weekend it was Jake Roos, above, who ended top of the pack. 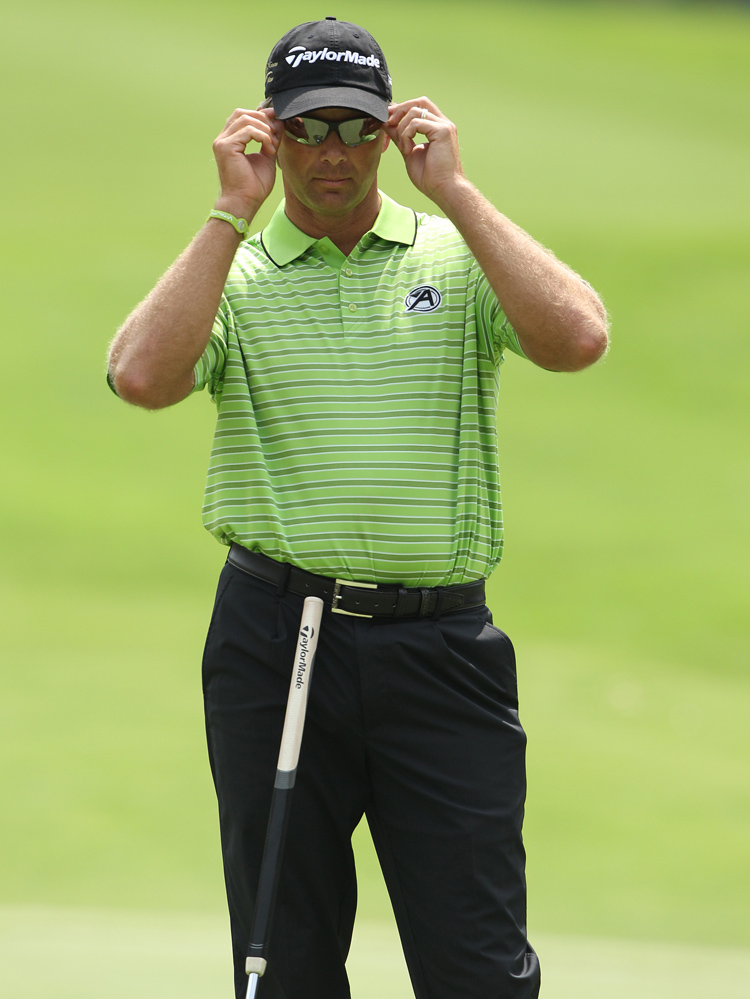 A final round of 69 took the Centurion Country Club professional to a total of three under par for the tournament and meant he had claimed a second top-20 finish for the year as he ended in a share of 17th place.

The result meant that Roos not only claimed a cheque worth a little over €12 000, but also highlighted his current form this year, with this finish adding to his Kenya Open win on the Challenge Tour in March and his tie for 15th at the co-sanctioned Tshwane Open a week before the victory.

Tjaart van der Walt ended next best of the group in a share of 32nd after a final round 74 took him to even par for the tournament, while Alex Haindl moved to one over and a tie for 42nd after carding a 73 in his final round. James Kingston was the next best finisher in a share of 48th, one shot behind.

Oliver Bekker, Jbe Kruger and Keith Horne all missed out on making it into the weekend rounds after ending five, eight and nine over par respectively.

Meanwhile, over in the United States Tim Clark and Retief Goosen both turned in positive showings in the St Jude Classic at TPC Southwind in Memphis.

Clark took home a cheque of a little more than $70 000 after finishing in a tie for 19th after carding a closing 72 to move to four-under-par for the tournament. Goosen, meanwhil,e showed the type of form that could come in handy at the US Open at Pinehurst this week with a share of 32nd.

The 45-year-old, above, was impressive in the early stages by shooting two rounds of 66 before a third round 75 halted his charge up the leaderboard. The two-time US Open champion managed a closing 72 to finish at one under for the tournament.

The only other South Africans in the field, Tyrone van Aswegen and Trevor Immelman, were froced to sit out the weekend action after missing the cut.