Undertaker who allegedly raped 12-year-old has been denied bail

Community members had gathered this morning to protest the bail hearing of the undertaker. 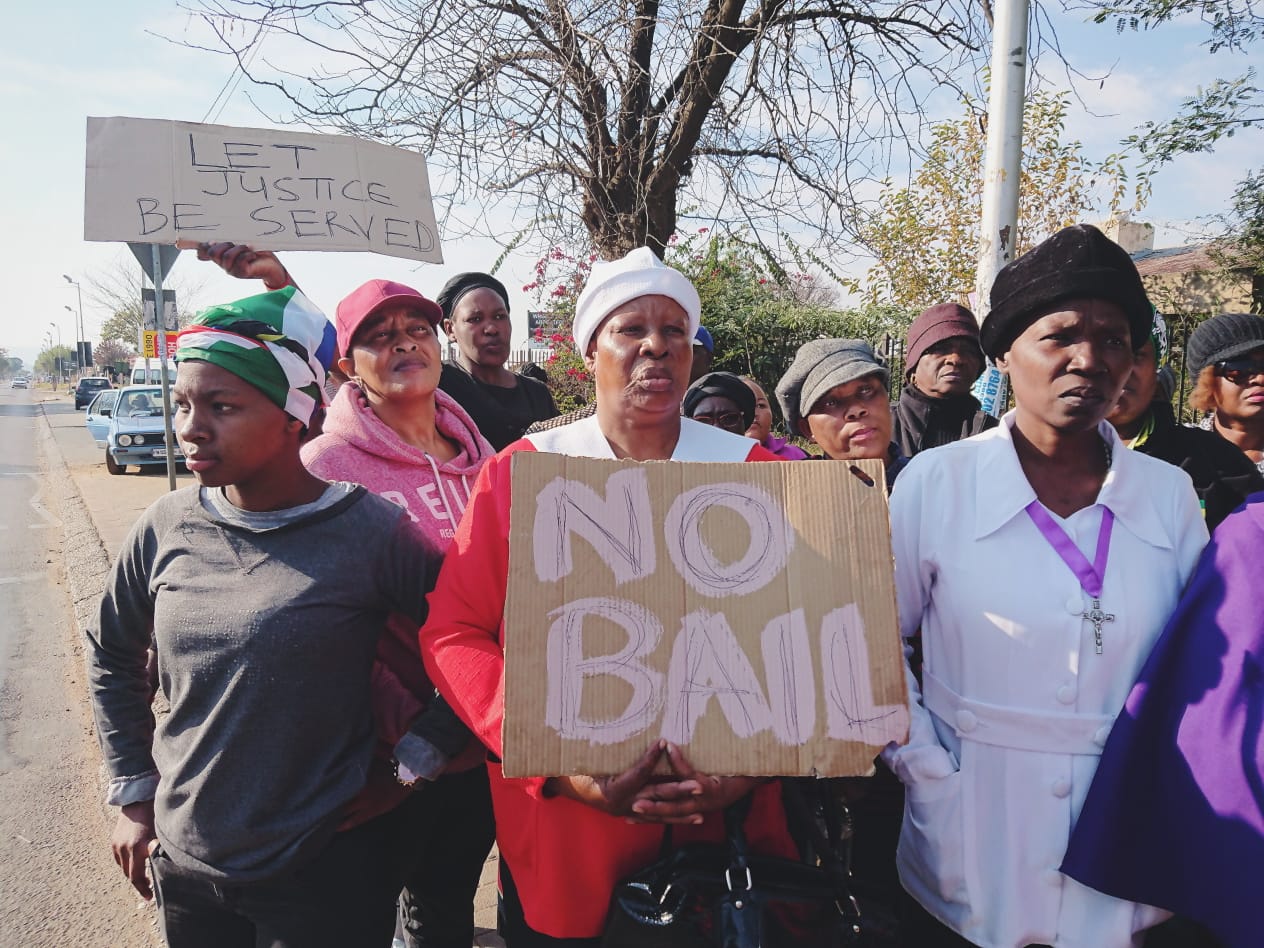 The bail application of a 77-year-old Pretoria man who allegedly raped a 12-year-old girl and then threatened to kill her has been denied bail for his own safety and to prevent a volatile situation in the Mamelodi community, east of Pretoria.

The man has been accused of tying the little girl’s hands with a rope to his headboard, undressing her and then himself, and then proceeding to rape her. The court heard that after he had his way with the girl, he untied her, told her to get dressed and not to say a word about what happened or he “would kill her”.

The man allegedly raped the girl in April, but she only told her cousin about the rape last week Monday on May 21 when she suspected she might be pregnant.

That same night community embarked on a protest at the Mamelodi police station and then went on to vandalise the man’s home.

The community again mobilised this morning and staged a protest action in front of the court.

Defence lawyer S Mahlangu argued there was no forensic evidence against his client and that his safety would not be threatened if he were to stay with a nephew in Waterkloof. He said his client had no intention of interfering with the complainant or any other witnesses during the investigations.

The accused said in his own words that his comrades, his comrades and retired MK soldiers would protect him and that no harm would come to him.

However, Magistrate Bernard Swart said in his judgment that the safety and wellbeing of the complainant, as well as the safety of the community, was of grave concern and that there was reason to be concerned.

He dismissed the application, and remanded the case until June 30. 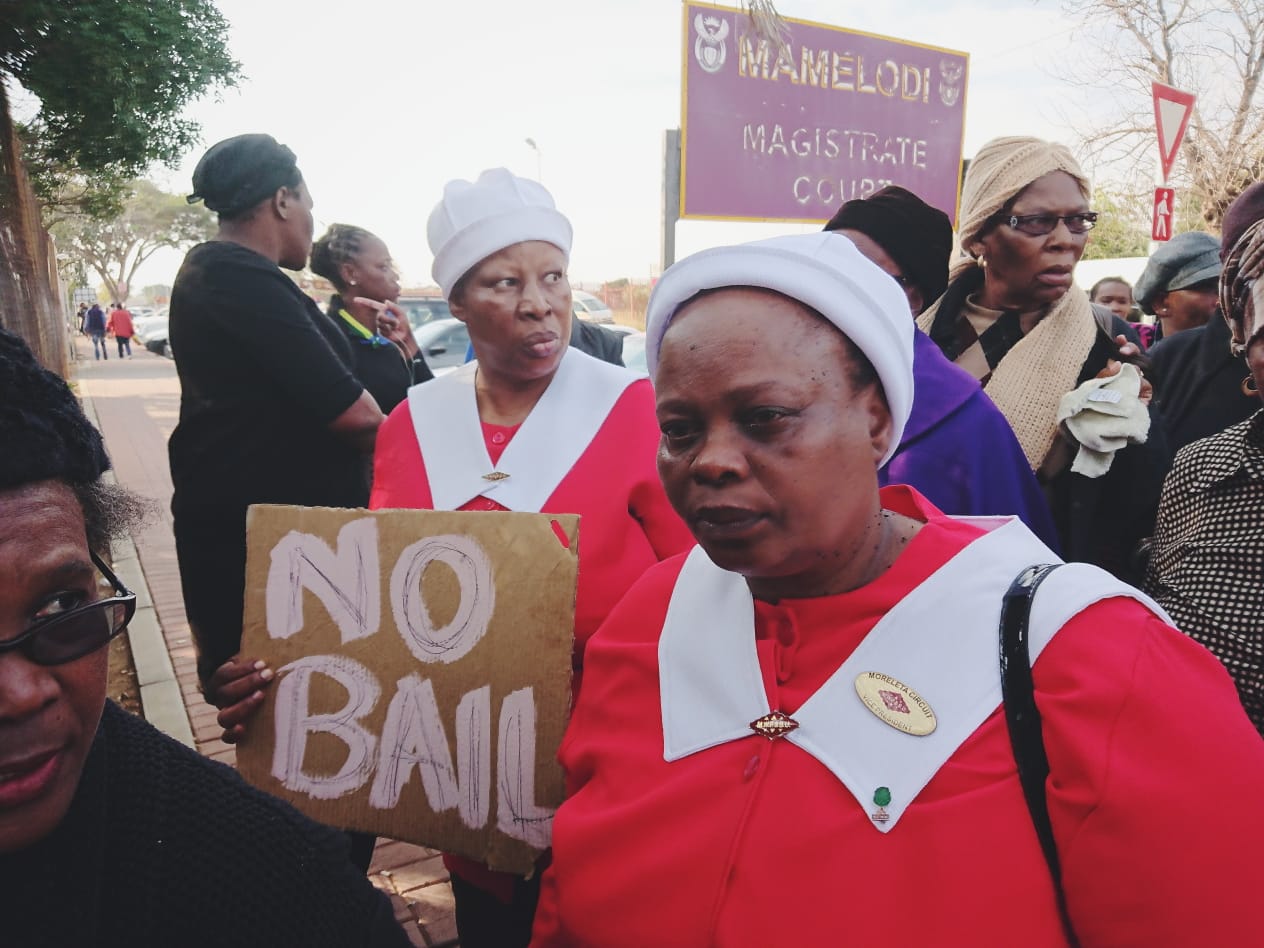 Mamelodi community members are seen outside the Mamelodi Magistrates’ Court where they gathered to protest the bail hearing of a well-known undertaker, aged 76, who has been accused of raping his 12-year-old neighbour. Pic: Jacques Nelles 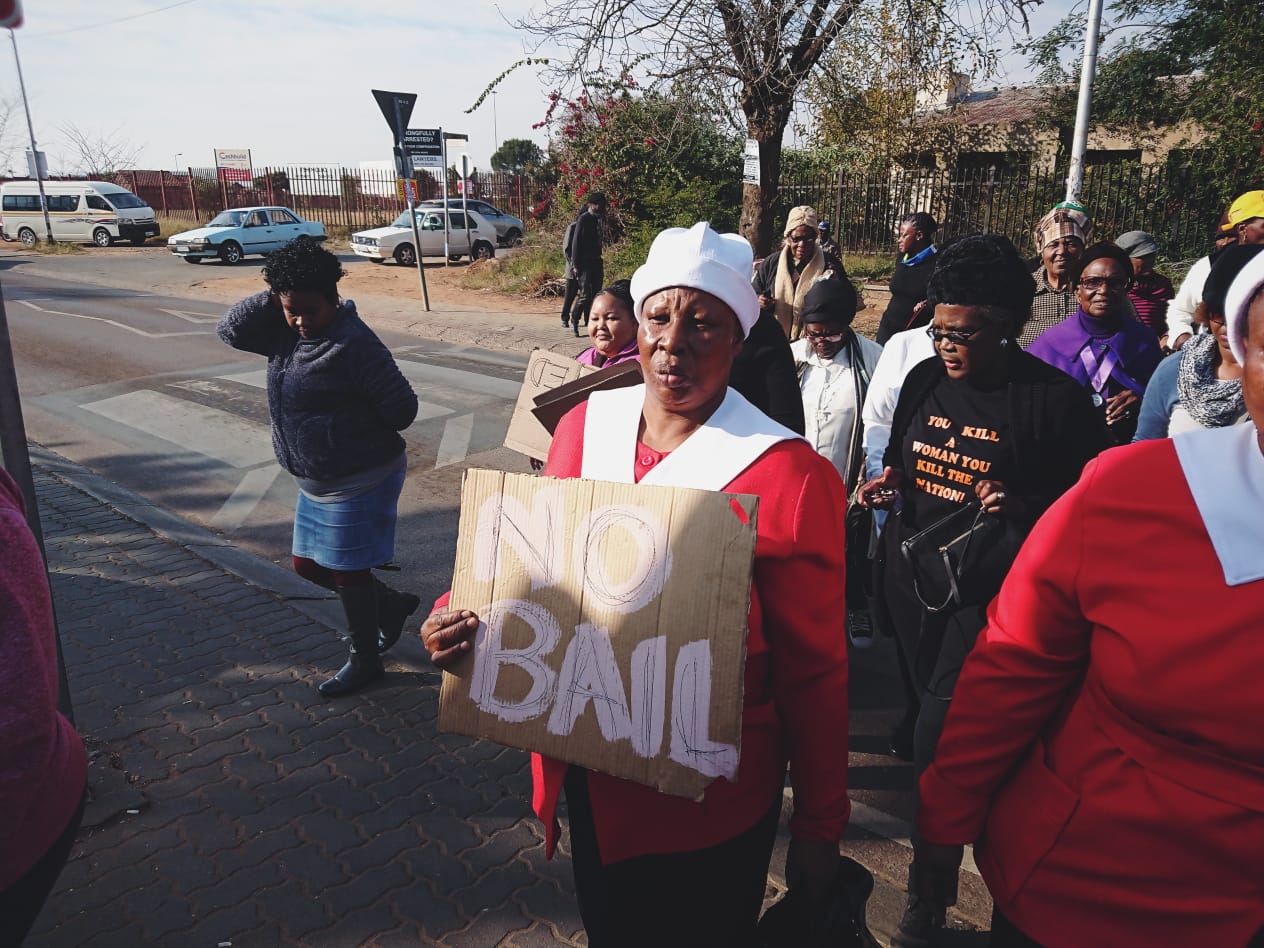 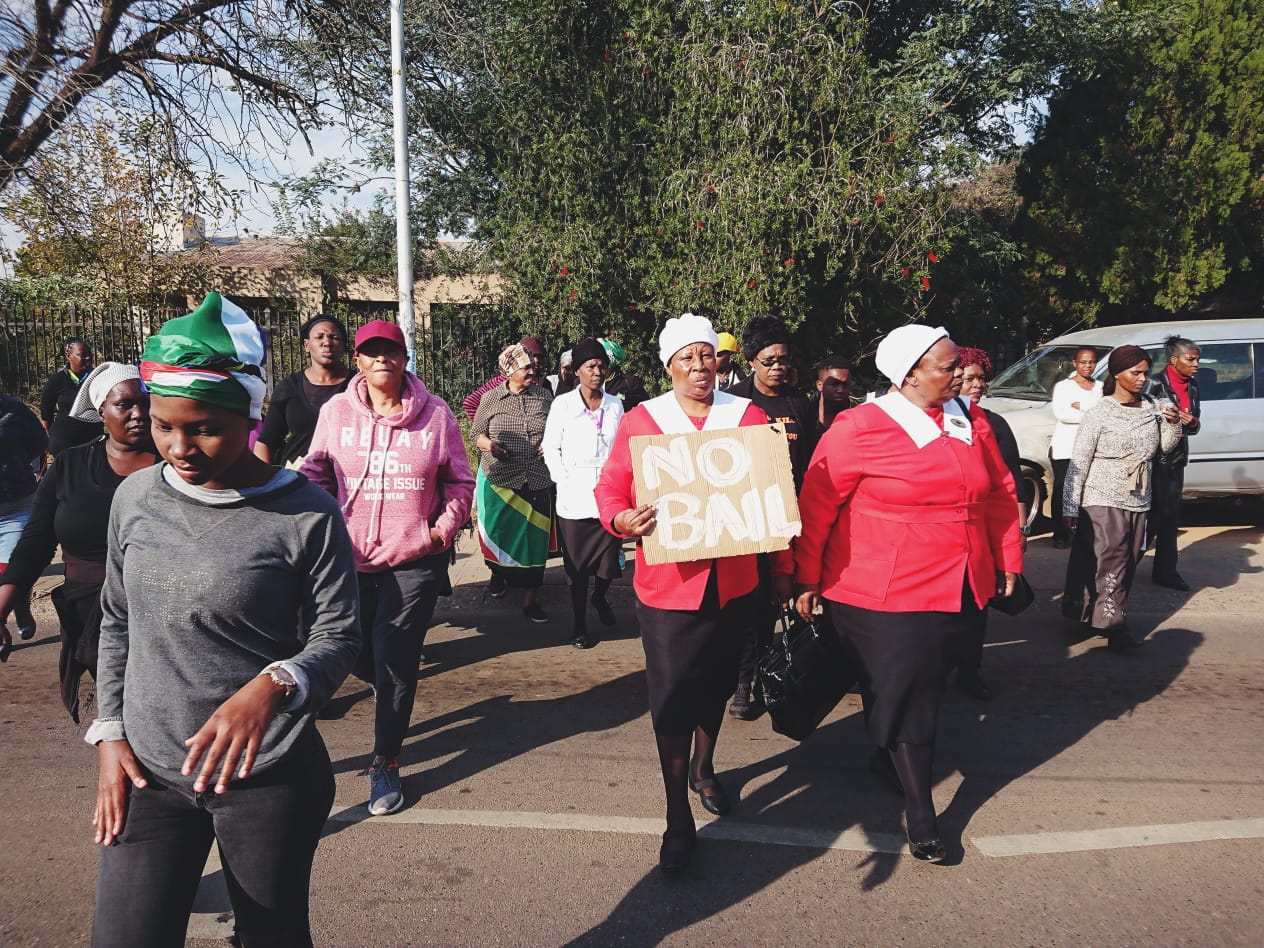