It was a case of mission accomplished for the Spar Proteas netball side as the curtain came down on the three-Test series against the Scottish Thistles here at the weekend. WHITEWASH. The triumphant Proteas after beating Scotland in the third and last Test in Cape Town on Saturday to win the series 3-0. Picture: Gallo Images

The South African side were forced to work hard for a 46-33 victory in the final match on Saturday, with the visiting side improving with each fixture as the series wore on.

“We’re obviously very happy with the three nil it’s definitely what we aimed for,” coach Elize Kotze said after her side wrapped up a series whitewash and moved up to fifth in the world rankings.

“We’ve hunted it. Going back to the world No 5 spot is a good position to enter our next challenge,” Kotze said before touching on the series triumph.

“As you saw, every game was a bit more difficult because I always believe that the chasers have a lot to prove. Scotland gave us a good series. It wasn’t one-sided, it was competitive,” Kotze said, before adding that this event had been a key part of their preparations for next month’s Commonwealth Games in Glasgow.

“It was wonderful preparation for Commonwealth. The more international court time we get, the better. It’s a totally different level between playing internationally and in local leagues.

“It is another step up, not only physically, but also mentally,” said Kotze.

“The more we can be exposed to this type of international series or games, then obviously the players will just grow and progress from that,” added the Proteas’ mentor.

The Scottish side tested the physicality of the South African players and while Kotze admitted that it provided a few nervy moments, with her players taking more than their fair share of knocks, she was impressed by her side’s ability to handle the onslaught.

“I’m glad they were physical because that it was we will experience right through the Commonwealth Games. It’s basically the survival of the fittest when they go onto the ball. It’s important that the Spar Proteas absorb it and that they deal with it and survive it.”

The series win will no doubt have gone in a long way in providing the type of momentum required to be able to challenge the likes of Australia and England when the Proteas converge on Glasgow in a month’s time. 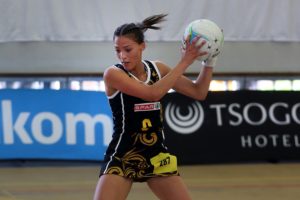 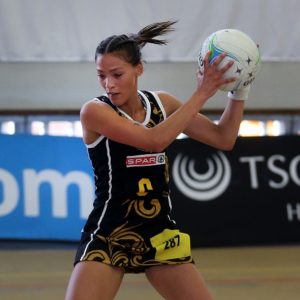