A case of common assault was reportedly opened against the Mamelodi Sundowns midfielder Andile Jali by his wife. 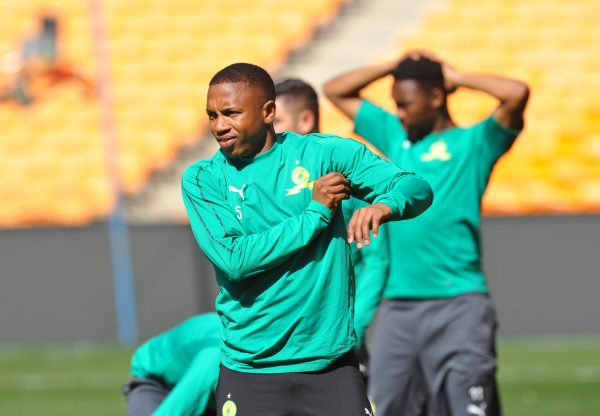 According to DailySun, Jali was arrested by the Boschkop police at his house in Pretoria after he allegedly assaulted his wife Nonhle Ndala on Monday morning.

It is reported that Ndala ran out of the house trying to get away from the soccer player, but he caught up with her outside the house and slapped him.

According to residents from the estate in Tshwane East, Jali crushed into a neighbour’s car when he tried to leave. He returned to his house after damaging the car and was later arrested.

One neighbour came to Ndala’s rescue by putting her in a car before driving her to the Boschkop police station where she opened a case of common assault. Another neighbour opened another case against Jali for damaging his car.

The police confirmed that the soccer player also opened a counter case of assault against his wife.

This is not the first time that Ndala has been an alleged victim of domestic abuse.

In 2015, she made the news after she told Drum Magazine that her ex-husband Themba Msiza had physically abused her. He admitted to punching her in the face, breaking his hand in the process.