Microsoft South Africa has announced that two bundle options that will be available to South African consumers when the Xbox One launches here on 23 September. 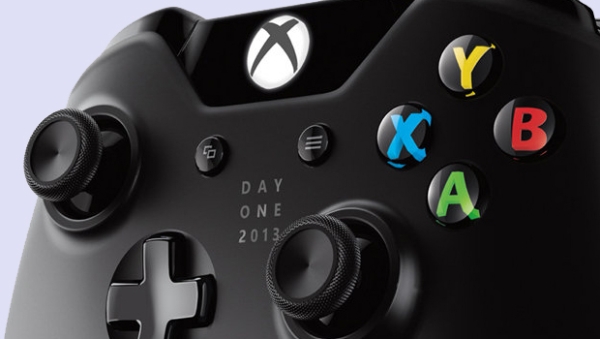 We already knew that we’d get two options: one that includes Kinect and another cheaper option that doesn’t.

Microsoft has now updated the bundle contents information, and there’s some nice news for Xbox fans: you’ll be able to get your hands on one of those “Day One” controllers that launched with the first wave of consoles in the US.

Presumably ours will have “2014″ on it. Or maybe just “Sorry to keep you waiting”?

If you want to snatch up one of those coveted controllers, then you’ll need to buy the larger of the two bundles. This version comes with: a 500GB Xbox One console, the new Kinect sensor, one Xbox One Day One limited edition Wireless Controller, an HDMI cable, a chat headset, a 14-day trial of Xbox Live Gold for new members and a digital copy of FIFA 15 and Dance Central Spotlight. This package will cost R7, 999.99.

Alternatively, the Kinectless version includes: a 500GB Xbox One console, Xbox One Wireless Controller, an HDMI cable, a chat headset, a 14-day trial of Xbox Live Gold for new members, and digital copies of Forza Motorsport 5 and FIFA 15. This package costs R6,299.99.

The press release also noted that FIFA 15 will only launch locally on 26 September for Xbox One, which means your download code will only be active from that date.

Many retailers have already begun taking pre-orders, so if you’ve been patiently waiting for the Xbox One, it’s time to bring out the credit card or smash open that piggybank.