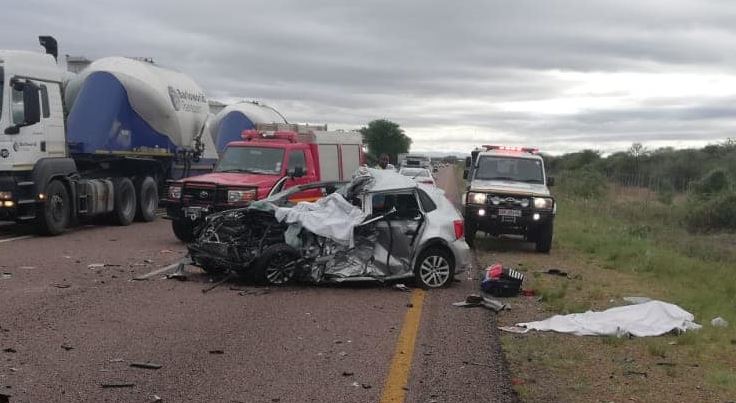 In a bloody start to the festive holidays, dozens of people have died on SA roads over the weekend, with 23 killed in two major crashes in North West and Western Cape.

Three children were among the 12 people killed when a taxi overturned on the N1 highway near Touwsriver in the Hex River Valley on Saturday. Ten others were injured in the crash after the driver lost control of the vehicle, which was travelling towards Cape Town.

In another horrific crash in North West on Saturday, 12 people, believed to be family members, died when a driver of a bakkie overtook several vehicles on a solid line and collided head-on with a minibus between Zeerust and Mahikeng. The driver of the bakkie was also killed in the crash, bringing the death toll to 13.

The family were on their way to lobola negotiations. Ten died at the scene, one died on the way to hospital and the other died at the hospital.

Two police officers were also killed in separate accidents over the weekend, with one of the officers knocked down by an alleged drunk driver in Atteridgeville.

Police spokesperson Brigadier Mathapelo Peters said on Saturday, members of Atteridgeville Saps were attending to a roadblock on the R511 and R512 when a speeding vehicle failed to stop. The constable was knocked down and died at the scene.

Peters said a male suspect, who was allegedly intoxicated, was arrested for culpable homicide and for driving under the influence of alcohol.

In the second incident, a vehicle with two occupants crashed into a truck on the R21 near Olifantsfontein. Peters said both the driver and the passenger, one of whom has since been confirmed as a 38- year old warrant officer stationed at national head office, were declared dead at the scene.

Road Traffic Management spokesperson Simon Zwane said another five people were killed in a road crash in Limpopo on Saturday. He said drunken driving, speeding, and not fastening safety belts remain major causes of fatalities on the roads.

Zwane said about 2 000 were arrested for drunken driving and speeding, with more than 10 000 people issued with fines for not fastening their safety belts.