The leopard was taken back into theatre for the third time as it had severe damage to its chest muscles. 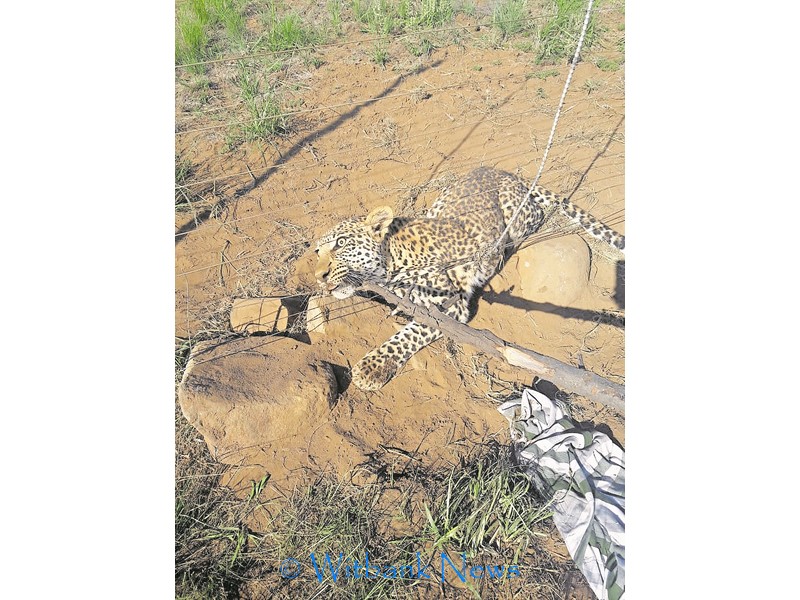 The leopard that was caught up in the snare.

A leopard is being treated and cared for by Witbank Veterinary Hospital after it was rescued from a snare, reports Witbank News.

Deon Cornelius, the owner of UBhetyan-O-Africa just outside Middelburg, received information that there was a leopard stuck in a snare on a nearby farm in the area on December 23. 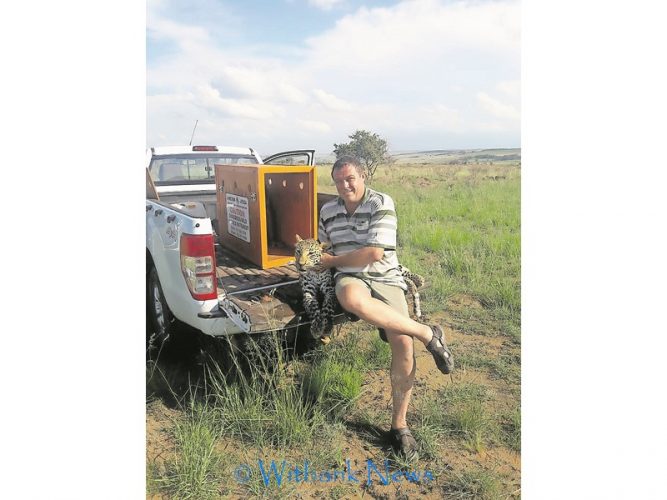 Deon Cornelius, who’s the owner for UBhetyan-O-Africa outside Middelburg, managed to save a leopard that was trapped in a snare on a near-by farm on Sunday, December 23.

As Deon is an animal lover, he knew he had to rescue the leopard before it died in the snare.

So he chemically immobilised the trapped leopard and transported it to Witbank Veterinary Hospital.

Dr Nolan Landman was on duty at the hospital and he was waiting for the leopard to arrive. The leopard was freed from the snare and then brought to Dr Nolan Landman at Witbank Veterinary Hospital where it’s wound was treated.

The snare was removed and the wound was cleaned out and stitched up.

“On that Sunday evening he was doing well and they hope to release him back to mother nature soon,” said Landman.

On Monday, December 31, the leopard was taken back into theatre for the third time as it had severe damage to its chest muscles.

This male African leopard is the 54th badly injured wild leopard being captured for rescue in the Mpumalanga district and brought in for medical treatment, rehabilitation, relocation, and release.

Money is running out and the leopard still needs to be treated.

Everyone is hoping this male will heal completely.

Of course the team wants to keep on fighting for this male, like the 53 before him, and the ones that will need to be rescued in the coming years.