Shimbungu lost the ability to use his hind legs after being hit by a car in Namibia. 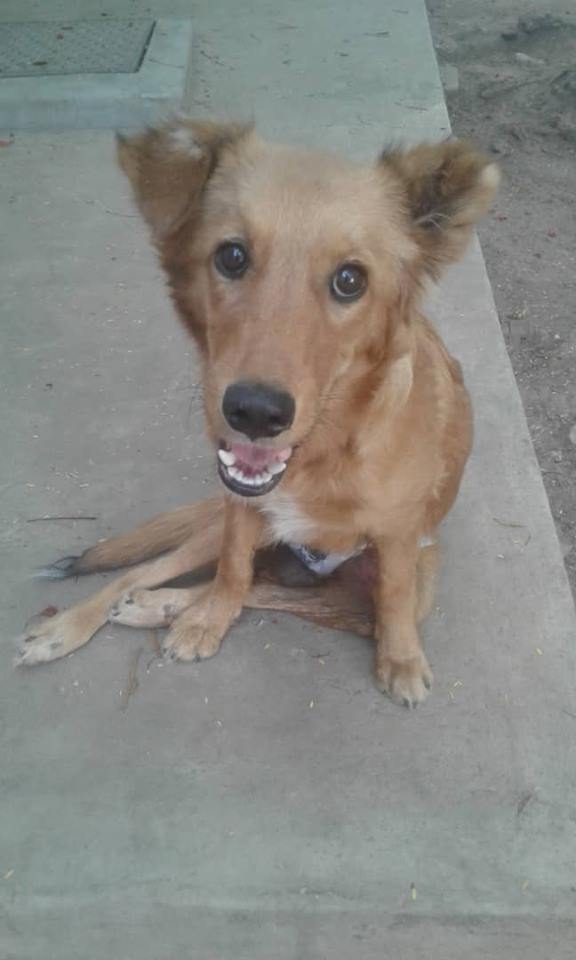 Shimbungu the disabled dog from Namibia now has a chance at living a full life. Image: Facebook

A seven-month-old dog has been saved after living in deplorable conditions.

Shimbungu was hit by a car a while ago, and his owner reportedly did nothing to make his now challenging life any easier. He was even ignored after falling in a trench.

He got around by dragging his hindlegs, a disturbing and tragic sight which was captured on video and shared on social media. Residents in the area decided to intervene, and he was taken to Grootfontein state vet. Dr Lyndsay Scott treated Shimbungu and said he was terribly traumatised and clingy.

X-rays at Oshana vet confirmed that Shimbungu’s back is broken between L5 and L6. The damage cannot be repaired but he feels no pain and has adapted to his lack of mobility. Despite everything he has been through, Shimbungu still gets along well with other dogs.

After his visit to the vet, Anthony Tietz and Natasha Fourie, residents of Grootfontein, sponsored material to build him a temporary wheelchair.

Luckily, Lex Austin from the All Hearts Foundation in South Africa (AHF) stepped in, and arranged for him to be able to reside there to be rehabilitated before being eligible for adoption. Now that Shimbungu has a destination, provisions had to be made for his transportation from Windhoek to Johannesburg, and then to Hartebeespoort, where AHF is located.

Transport to the Hosea Kutako airport has been arranged, a travelling crate was sponsored by good Samaritan Sandra Lipper, and his flights have been sponsored by Air Namibia. He will be staying with Pride Vet Clinic until his flight to Johannesburg.

Shimbungu will be arriving in Johannesburg on Tuesday, and Ortho Pets Africa’s Ruan Du Preez has agreed to manufacture a custom-made rear support harness for him at no cost.

The following parties involved pledged their love and support in getting Shimbungu the help he deserves to live life to the full: Oshana SPCA, Air Namibia, Ortho Pets Africa, Pride Veterinary Clinic, All Hearts Foundation SA, and the Grootfontein State Vet Clinic.

Anyone who wishes to donate anything to help Shimbungu can send contributions to the following banking details:

AHF’s PayPal account can be accessed by using the below email address:
allheartsfoundationsa@gmail.com