In Evaton, Gauteng, if you want to use a multi-purpose community centre it's likely you'll soon be sent a picture of this man's bank card. 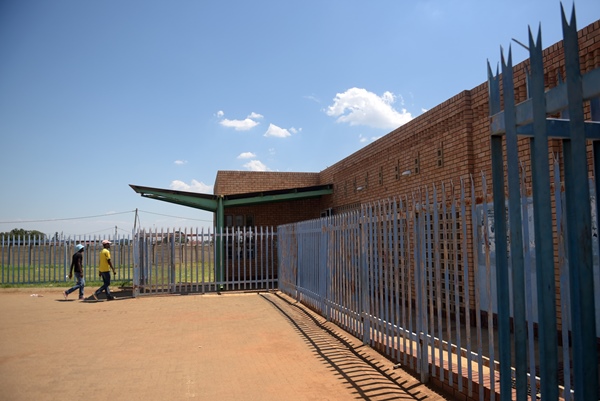 An ANC ward councillor in the Emfuleni local municipality in Gauteng has allegedly turned a community multi-purpose centre into a personal cash cow, renting it out and apparently pocketing the spoils without the knowledge of the municipality.

Elias Raditshila Mokoena, also known as “Ndade”, is a ward 19 councillor in Evaton in the Vaal and he has allegedly been renting out the facility since he was elected after the local government elections in 2016.

According to the Economic Freedom Fighters (EFF) in ward 19, Mokoena has pocketed thousands of rands from renting out the community multi-purpose centre under the pretence that he is renovating and maintaining the facility.

“There are no renovations taking place there, it’s a lie. All that the ward councillor is doing is lining his own pockets and those of his friends in the municipality who are allowing this to happen because they are getting money out of it,” said one EFF member who did not want to be named for fear of victimisation.

“We have tried to report this ward councillor on numerous occasions to the MMC for infrastructure planning, development and asset management, as well as the office speaker in the municipality, but nothing was done,” he said.

When The Citizen approached Mokoena under cover earlier this week to request a quotation to hire the venue, he provided a private e-mail address apparently belonging to a certain Jabulane Radebe, who claims to be the facility administrator.

A few moments later, Radebe sent The Citizen a picture of his Capitec bank card in which we were to transfer R4,500, which he quoted as venue hire for three days. 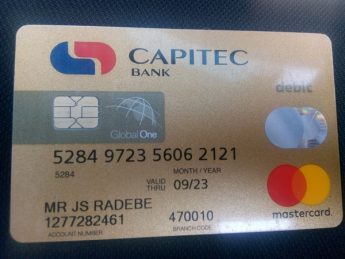 The bank card into which the money for hiring the Evaton community centre was meant to be paid. Picture: Tracy Lee Stark

During a telephone interview yesterday, Mokoena first denied that he was renting out the facility but later changed his tune and admitted that he was, in fact, in charge of the multi-purpose centre and was using the money collected from rentals to “renovate” the place.

Mokoena claims the facility was built in 2000 by the Gauteng department of infrastructure development but it was never handed over to the Emfuleni municipality, so he decided to approach the municipality to take over the centre in order to prevent it from vandalism.

“When I took over with my ward committee, I told the municipality we would be replenishing the centre in 2017. We are buying chairs and renovating it, putting in glass [windows] and toilets,” said Mokoena.

But when The Citizen visited the centre on Monday, no renovations were taking place and the facility seemed severely neglected, with broken windows, broken toilets and exposed electrical wires.

A woman who identified herself as Buyiswa Mokoena said she was responsible for bookings at the facility and said she was working for ward councillor Mokoena.

She produced a receipt book that showed that between October last year and January this year, the facility had 22 bookings from various organisation that were charged R600 per day for its use.

Buyiswa said the municipality was not providing maintenance to the facility so the councillor hired people to cut the grass and clean it, although the hall was filthy and in disarray.

She said the centre had two permanent tenants, including a funeral parlour, and that rental was paid to Mokoena.

“The municipality has noted with concern the allegations levelled against one of our ward councillors. We view such allegations in a serious light and it is for this reason that our sport, recreation, arts and culture, library information services, parks and cemeteries departments, together with the office of the speaker, will launch an investigation into the matter,” said Gaba.