Technical teams have reportedly worked tirelessly to remove the wreckage and conducted all the necessary tests. 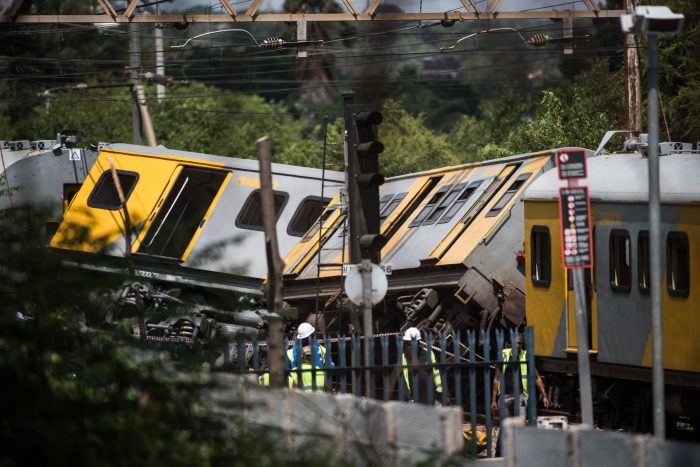 Two trains collided at the Mountain View Station in Pretoria, 8 January 2019. The train was reportedly carrying 800 passengers. Four people have been reported to have been killed so far and more than 600 are said to be injured. Picture: Jacques Nelles

The train line between Mountain View and Pretoria North has been restored after it was closed in the aftermath of the fatal crash which claimed four lives and injured scores more on January 8, reports Pretoria North Rekord.

Metrorail spokesperson Lilian Mofokeng said the line would be restored this afternoon for the afternoon peak hour.

“This means that Metrorail train services from Mabopane and Dewildt will proceed to Bosman train station.”

She said the technical teams had worked tirelessly to remove the wreckage and conducted all the necessary tests prior to reopening the line for train movement.

“Metrorail would like to thank all its loyal customers for their understanding and patience during [the] repair phase,” said Mofokeng.