Mayor Dipuo Thobejane of the rural Maruleng Municipality is encouraging the unemployed to make use of the trees' abundance. 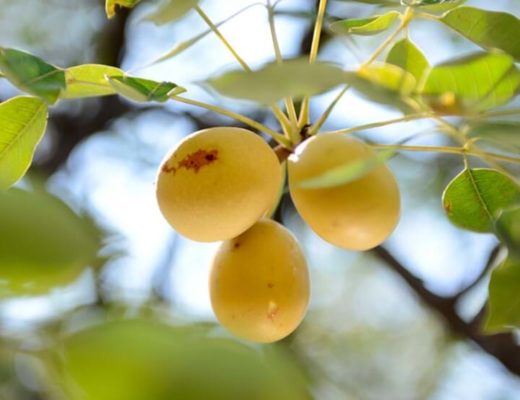 Mayor Dipuo Thobejane of the rural Maruleng Municipality in Hoedspruit has urged thousands of unemployed youth, women and people living with disabilities to use the area’s abundant marula trees to make juice in an effort to fight the scourge of poverty.

The Limpopo municipality has 60% unemployment rate. Hoedspruit is, however, blessed with an abundance of wild marula trees and every year in February, the local residents use the fruit to make beer.

Thobejane has a plan to put the fruit to use, to benefit the community and its economy.

“Our aim is to use natural resources to fight the scourge of joblessness to swell the local economy,” she said yesterday. “We believe this fruit can help locals, especially the unemployed, to fight poverty in their families and in communities which they live.”

Marula trees grow naturally and do not necessarily need irrigation or fertilisers.

She said: “It is a God-made tree which does not only provide us with mouthwatering fruits and juice, but provide us also with the necessary shade that acts like [air-conditioning] during the scorching Limpopo summer. The fruit can also be used … to make oil and body lotion.”

Thobejane, who is passionate about the tree, said she encouraged people, especially the unemployed youth, mothers and fathers loitering in Maruleng streets and elsewhere in Limpopo, to seize opportunities availed by the tree to create jobs and fight the scourge of underdevelopment and the escalating poverty that continues to haunt people, especially in rural communities.

Margareth Letsoalo, a 59-year-old unemployed woman from Willows village, a stone’s throw away from Hoedspruit, has, over the years, used marula beer to support herself.

Letsoalo, who is the family’s sole breadwinner after losing her husband in 2015, looks after four children of her own and two orphans who lost their parents a few years ago.

“My ancestors are finally smiling at me. Since the death of my husband three years ago, I have never had the opportunity to say I want this and I don’t want that,” she said. “My life has been totally channelled like that of a hard-working donkey. But now because of mastering how to make marula beer, I am able to put bread on the table for me and my family.”

King Monada of the hit Idibala fame and Master KG, winner of song of the year at the SA Music Awards, will join Thobejane tomorrow at the Willows Stadium where they will teach residents about doing more with the little they have.